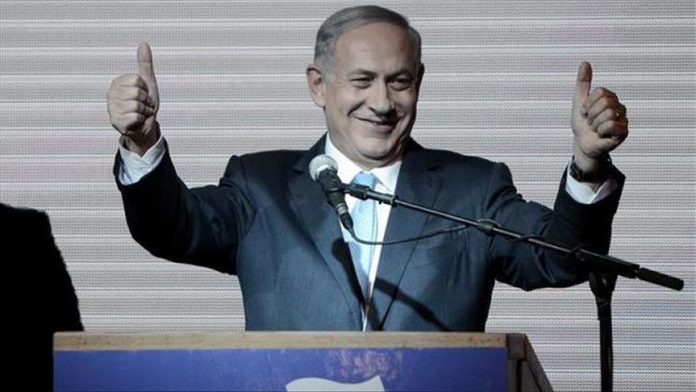 The poll results on Thursday indicated Netanyahu beat his rival, Gideon Saar, with a landslide 72% of the vote, compared to Saar’s share of only 28.48% of votes, according to Israeli Maariv daily newspaper.

The exit poll by Direct Polls was conducted on 758 voters from various locations.

Voting centers closed at 11.00 p.m. local time (2100GMT) and results are scheduled to be announced early on Friday morning.

The elections attracted a turnout of 48.6%