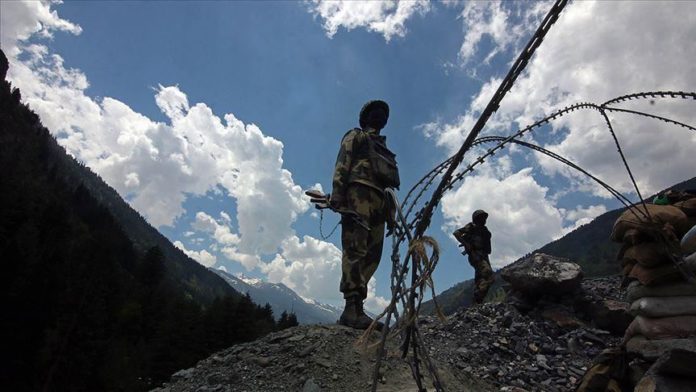 The recent clashes between China and India are a manifestation of long-standing tensions between the two nuclear-armed neighbors, according to an expert on South Asian geopolitics.

“The Himalayan border problem between Pakistan, India, and China is not a new issue – it goes back at least 70 years,” Umit Alperen, a researcher and professor, said in an online discussion with Cemal Demir, head of the Istanbul-based South Asia Strategic Research Center (GASAM).

China and India’s military clash can be seen as the surfacing of a tension that has been there for some time, and an escalation accelerated by domestic, regional, and global factors, he said.

“With the [coronavirus] pandemic, economic problems have increased in all countries. In order to preserve their power, governments worldwide have started using a populist and nationalistic discourse in domestic policies, which is also reflected in their foreign policies,” he said.

The escalation between Beijing and New Delhi, he added, has proven that relations between Asia’s major powers are “on thin ice amid a changing and more chaotic global system.”

The face-off in June can be seen as a turning point in relations between China, India, and the US, as well as China-Russia-India and China-Pakistan ties, according to Alperen.

He said further confrontation can affect China and India’s image in the international community, and also have a greater economic and political impact.

Alperen said China will now focus more on its strategic cooperation with Pakistan, as the June 15 clash with India showed that Beijing needs to put in more effort to make its South Asia policies a success.

According to Alperen, the China-Pakistan Economic Corridor and Beijing’s heavy investments in Sri Lanka – all part of the grand Belt and Road Initiative – have left India surrounded in a region of growing Chinese influence.

To counter this, he said, New Delhi will be looking to boost ties with countries such as Japan, Australia, Taiwan, and Vietnam.