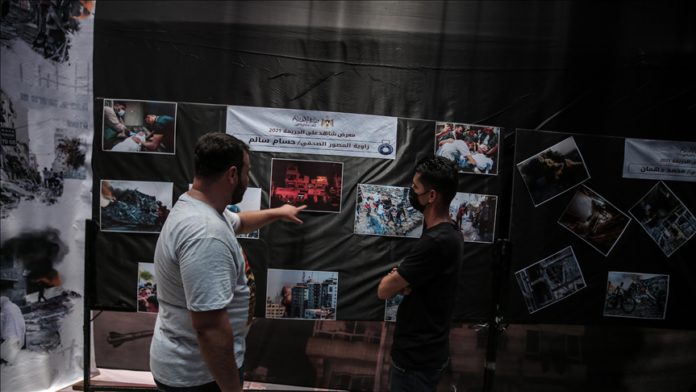 Palestinian artists in Gaza on Sunday opened an exhibition that documents the crimes committed by the Israeli army in its large offensive on Gaza in 2008.

The exhibition, organized on the 13th anniversary of the Israeli offensive, was participated by artists from Arab and European countries.

The exhibition includes paintings that reflect the Palestinian tradition as well as some of the artillery and shrapnel fired by the Israeli forces during the 2008 offensive.

On Dec. 27, 2008, Israel carried out a large onslaught on Gaza over three weeks, named by Israel as “Operation Cast Lead” during which 1,436 Palestinians, including 410 children and 104 women, were killed. In response to the Israeli onslaught, 13 Israelis were killed in the Palestinian attacks.

*Writing by Ahmed Asmar in Ankara.