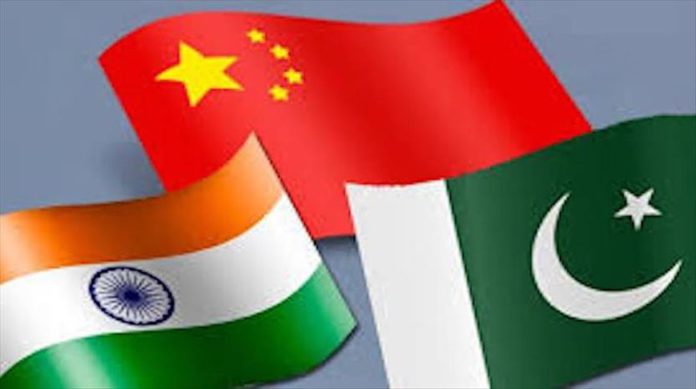 In an exclusive conversation with Anadolu Agency a year after Indian government’s last year Aug. 5 decisions, he said while the constitutional provision was rescinded to ensure faster development and containing militancy, the objectives have not been realized.

“The objective of restoring peace has therefore not been realized. Likewise, socioeconomic activities have also suffered due to which joblessness has increased. Heavy militarization of the region discourages all forms of public and private investments,” he told Anadolu Agency in an exclusive conversation.

Ansari, also a former information commissioner and professor of economics said the implementation of new domicile law smacked of a similar conspiracy as undertaken by Israel in West Bank to change the Muslim majority character of the region.

He also called on the urgent opening of tripartite talks between India, Pakistan, and China to resolve contentious issues and finalize their boundaries, which are critical for ensuring sustainable peace and development in the region.

“There is no reason why Prime Minister Modi government having absolute political mandate and authority should not engage the neighbors to resolve the contentious issues,“ he said.

Anadolu Agency: What is your assessment of the ground situation in Kashmir as we complete one year since last year’s decision when India annexed the region. Do you think there is any visible change on the ground a year later?

Muhammad Mukhtar Ansari (MMA): Unfortunately, the ground situation in Kashmir Valley has gone from bad to worse. As you know, based on the sovereign understanding between the ruler of Jammu and Kashmir and the Indian government in 1947, a provision namely Article 370 was incorporated in the constitution to guarantee nominal autonomy to the region, which was unilaterally and undemocratically scrapped on Aug. 5, 2019. Kashmiris are hurt as they feel that sacred trust and understanding between the two sovereign governments have been breached. This constitutional provision was rescinded to ensure faster development and containing militancy through direct control over the security grid. Since then, Kashmir has been under stringent lockdown.

Q: Has the government achieved the objective?

MMA: Contrary to expectations and promises, we have seen that in the last one year, militancy and violence have gone up, resulting in unprecedented human rights violations. The objective of restoring peace has therefore not been realized. Likewise, socioeconomic activities have also suffered due to which joblessness has increased. Heavy militarization of the region discourages all forms of public and private investments. There is hardly any development on the ground and militancy continues to remain there.

Unlike other parts of the country where people are using 4G internet services, people in Jammu and Kashmir are deprived of such services on the ground that there is a war-like situation. As a result, students and teachers are not able to use information and communication technologies for online education and job opportunities. And, at the same time, e-commerce also is adversely affected. Lack of access to the latest digital platforms is affecting the lives of people who are required to maintain social distancing in times of pandemic.

Q: Political activity in Kashmir has come to a grinding halt to the extent that even pro-Indian politicians have halted their activities. Do you see there is the scope of the revival of pro-India politics?

MMA: The political leadership, even those who are known to be pro-India and have been associated with the formation of the governments in the past were also put behind bars for more than a year. There is no political activity or democratic governance at any level. There is a huge trust deficit between the rulers and the ruled. Many youth and political workers of all hues are placed under detention under draconian laws like Public Safety Act (PSA) and that too, without assigning any reason. Such laws are not invoked in democratic India.

Q: There is a fear in Kashmir that the Indian government’s decision will have a cascading effect on the demography of the region. How real is their fear?

MMA: The government has hastily implemented the domicile law. The change in the law is seen as an attempt to change the demography of Kashmir to fulfill the wishes of Hindu right-wing groups who have openly been demanding a change in the composition of the population for electoral advantages. The implementation of new domicile law has been opposed by people in almost all parts of Jammu and Kashmir, on the ground that the government is deliberately changing the Muslim majority character of the state. Allegedly, the Israeli model of West Bank is being attempted, where the forceful occupation of territory and encouraging new settlers from outside, will change the demographic character of the region. People are resisting the move.

Convert Line of Control into Line of Harmony

Q: You were part of the government-appointed group of Interlocutors for Jammu and Kashmir. What was your experience, and was there any action on your report?

MMA: We have had massive consultation sessions with all the stakeholders in all the then 22 districts region, including with the security forces. We made certain recommendations every month to address the grievances of people, most of which were implemented by the government. As a result, the record shows that militancy came down and was the lowest in 2011-12.

Q: What were the major recommendations in your report to the government?

MMA: We had broadly recommended working for the negotiated settlement of Kashmir issue with Pakistan and increase people to people contacts for personal and professional purposes. We also asked for that Line of Control (LoC) that divides the erstwhile state of Jammu and Kashmir into Indian and Pakistani controlled territories be treated as Line of Concord.

The report also talked about reducing the trust deficit between New Delhi and Srinagar by strengthening the provision of Article 370 and making it a permeant special provision rather than a temporary provision. We also asked for the revocation of draconian laws and the conduct of free and fair elections to allow the emergence of quality leadership at all levels of governance.

Unfortunately, the then government and the present one has not bothered to look at the report to accept or reject it. Kashmiris, therefore, naturally feel that New Delhi has deceived them, which is the sole cause of turmoil in the Valley.

Q: What is your view is the need of the hour for the government to do in Kashmir?

MMA: Well, the challenge of bringing normalcy is daunting. First, without the release of all the political detainees, it may not be possible to initiate political processes. The government must, therefore, release all the detainees who are under house arrest, without any reasons. Preparations must be made for holding elections.

Second, since Jammu and Kashmir do not have demarcated borders, it is urgently required to initiate a tripartite dialogue process with Pakistan and China to resolve all the contentious issues relating to the finalization and acceptance of international borders, which are critical for ensuring sustainable peace and development in the region. There is no reason why the Prime Minister Modi government having absolute political mandate and authority should not engage the neighbors to resolve the contentious issues.

Q: Over the past few months, tension has soared between India and China in the Ladakh region. Many people think the tensions have origins in the Indian decision of scrapping the special status. Do you see any link? Off late, China is also making statements on Kashmir.

MMA: The abrogation of Article 370 and to reorganize the erstwhile state have international ramifications, which is why China and Pakistan have vehemently opposed the action at every forum. The increased tensions on the borders with China and Pakistan are attributable to a prolonged border dispute with the neighbors. The reasons are obvious. LoC on the Pakistan side and Line of Actual Control (LAC) on the China side are not the accepted boundaries by any of the three nuclear-armed countries, namely India, Pakistan, and China. Of the entire erstwhile Jammu and Kashmir, as ruled by Maharaja Hari Singh who signed the accession document with India, the territory is occupied in parts by India, Pakistan, and China. All these occupants must amicably settle the border-related disputes through political and diplomatic negotiations, rather than using their nuclear powers. Until this happens, people of the region will continue to suffer.