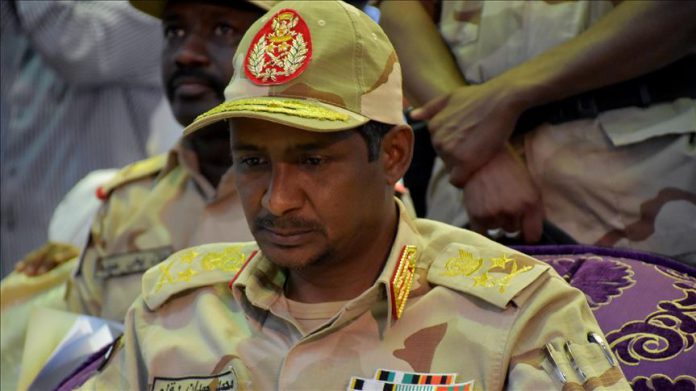 A group of lawyers presented a request Wednesday to the attorney general to summon the deputy chairman of Sudan’s Sovereign Council to give testimony regarding ousted President Omar al-Bashir’s involvement in the killing of protesters earlier this year.

Mohamed Hamdan Dagalo, also known as Hemedti, who is regarded as Sudan’s de facto ruler, had said in earlier testimony that Bashir had ordered the killing of protesters in front of army headquarters in April, Shima Taj Alsir, a member of the Sudanese lawyers of the Democratic Front, which opened the case, told Anadolu Agency.

“We have presented a request in