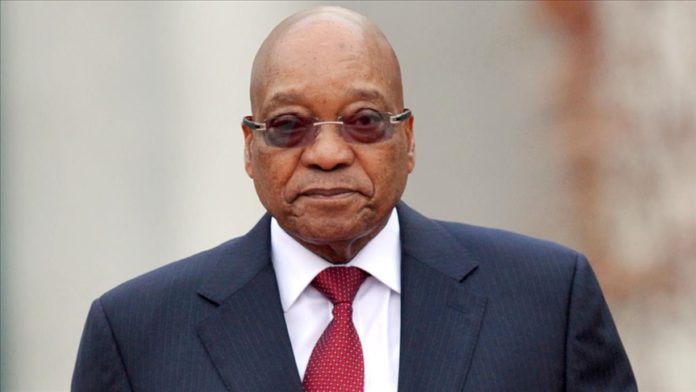 Former South African President Jacob Zuma decided late Wednesday to hand himself over to a correctional services facility, where he will serve 15 months for contempt of court.

“Dear South Africans and the World. Please be advised that President Zuma has decided to comply with the incarceration order,” the Jacob Zuma Foundation said on its official Twitter handle.

It added that Zuma, 79, is on his way to hand himself into a correctional services facility in KwaZulu-Natal, his home province.

The foundation said it would issue a full statement in due course.

South Africa’s Constitutional Court last week sentenced Zuma to 15 months in prison for contempt of court in an unprecedented ruling.

He was found guilty of “deliberately” refusing to appear before a judicial commission probing corruption during his nearly decade in power.

In the rare ruling, the Constitutional Court ordered Zuma to hand himself over to correctional services officials in five days or face arrest.

This marks the first time in democratic South Africa’s history that a former president has been sent to prison.

Experts say Zuma’s decision to hand himself in was aimed at avoiding bloodshed and instability in the country.

All Anadolu Agency staffers released after detention in Egypt