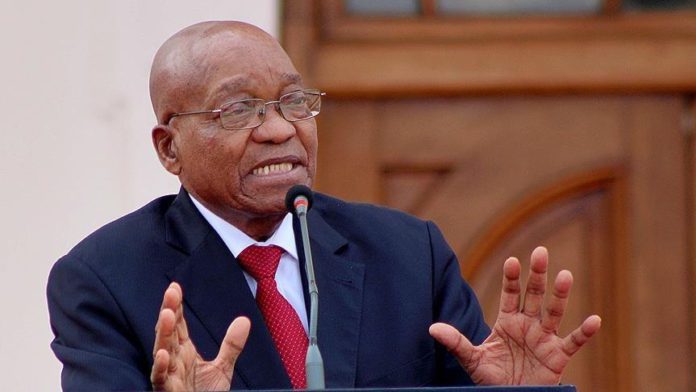 In an unprecedented ruling, South Africa’s Constitutional Court on Tuesday sentenced former President Jacob Zuma to 15 months in jail for contempt of court.

Zuma, 78, was found guilty of “deliberately” refusing to appear several times before a judicial commission probing corruption during Zuma’s nearly decade in power.

“The Constitutional Court holds that there can be no doubt that Mr. Zuma is in contempt of court,’’ Justice Sisi Khampepe said in her ruling, the first ever to sentence a former president to jail time.

The Constitutional Court is the country’s highest court, and its ruling cannot be appealed.

The State Capture Commission headed by Deputy Chief Justice Raymond Zondo brought the application against Zuma about four months ago, accusing him of refusing to appear before it on several occasions despite a court order demanding his presence.

The court ordered the former president to hand himself over to Nkandla Police Station near his home or the Johannesburg Central Police Station within five days.

Khampepe said should Zuma fail to hand himself over, then the minister of police or national commissioner of police should take the necessary steps to ensure he is taken to a correctional facility.

The commission was established in 2018, shortly before Zuma stepped down amid pressure from his own ruling African National Congress party over multiple corruption accusations.

Zuma has accused commission head Zondo of being biased and asked him to recuse himself, saying he would not appear before him.