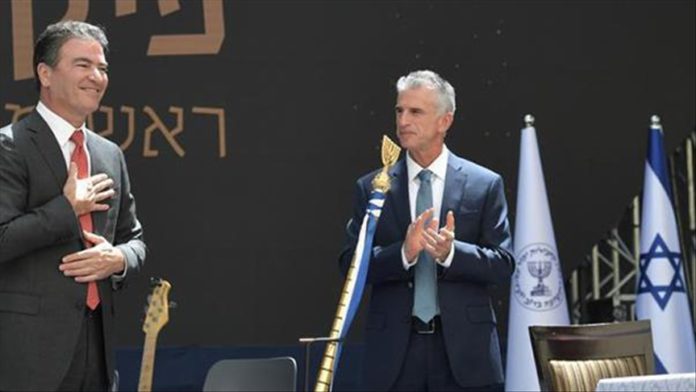 Yossi Cohen, the outgoing head of Israel’s Mossad, has revealed shocking details about the operations carried out by the spy agency against the Iranian nuclear project and top scientist.

Cohen, in a rare interview, spoke to Israeli news Channel 12 a week after rendering his resignation. Usually, Mossad chiefs wait for years to speak to the media after retirement.

He hinted that the Mossad blew up an underground Iranian centrifuge facility in the Iranian city of Natanz.

“The centrifuges used to spin,” he said.

“It no longer looks like it did?” journalist Ilhan Dayan asked.

The former spy chief further said: “We say very clearly [to Iran]: ‘We won’t let you get nuclear weapons. What don’t you understand?’”

In April, a power failure occurred at the Natanz nuclear facility near capital Tehran a day after the Islamic Republic unveiled new advanced uranium centrifuges.

Cohen described a 2018 operation in which the Mossad stole Iran’s nuclear archive from safes in a warehouse in Tehran.

He went on to say that Mossad had been closely watching Iranian nuclear scientist Mohsen Fakhrizadeh for years, but did not claim responsibility for his assassination.

In November 2020, Iran’s top nuclear scientist Fakhrizadeh was killed by unidentified gunmen on the outskirts of Tehran. Most Iranian officials held Israel responsible for the killing, vowing a fierce response.

“If a man poses a danger to the citizens of Israel, he must be eliminated,” Cohen said. “However, if he mends his ways and does not pose us harm any longer, then he would be spared.”

Cohen denied the assumption that Iran is closer than ever to possessing a nuclear weapon, saying: “That’s not true.”