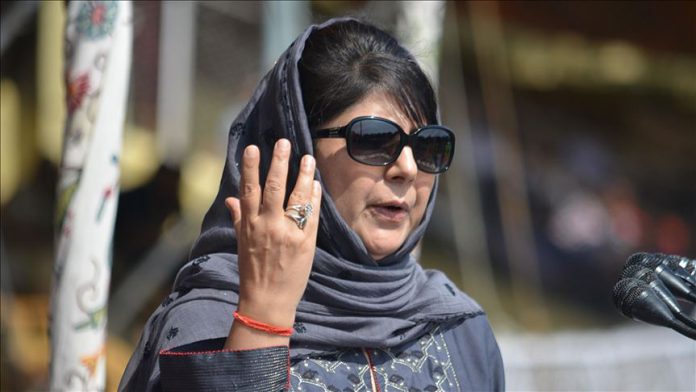 After 8 months in a make-shift jail in the Indian- administered Jammu and Kashmir, former first chief minister of the region Mehbooba Mufti was shifted to her official residence on Tuesday, an official order said.

However, her detention under Public Safety Act, described by Amnesty International as “lawless law,” will continue as her residence was declared as a subsidiary jail.

The detention under the act can stretch up to two years without trial.

Her daughter Iltija Mufti also confirmed the report and urged the government to release all Kashmiri prisoners.

“My mother has yet to reach