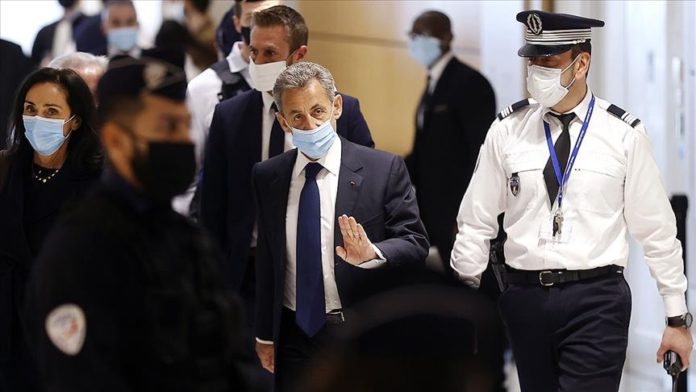 Former French President Nicolas Sarkozy on Monday was sentenced to three years for corruption and influence peddling in an infamous eavesdropping case, but his sentence is unlikely to involve actual jail time.

The Paris court suspended two years of his sentence unless another crime is committed during that period, and the one year remaining could be served through house arrest or a monitoring bracelet.

Despite what the judges called “serious evidence” of the charges, from the beginning Sarkozy, 66, has denied them.

But the verdict effectively ends any hope Sarkozy might have of throwing his hat in the ring for next year’s presidential elections.

The case, which unfolded most intensely last fall, saw investigators arguing that Sarkozy tried to bribe Azibert to obtain information from him over a claim that Sarkozy had accepted illicit payments for his 2007 presidential run from Lilian Bettencourt, the L’Oreal cosmetics heiress.

Sarkozy reportedly used a second phone – registered to his friend Paul Bismuth – to hold discussions with Herzog over Azibert.

Aside from corruption and influence peddling, the charges against him also included hiding the embezzlement of public funds, illegal campaign financing, and misuse of company assets. Legal proceedings have been ongoing since 2013.

For Azibert’s assistance, it is alleged that Sarkozy would return the favor with a new and more comfortable position in Monaco.

Sarkozy and Herzog claimed the wiretapping was a violation of their client-attorney privilege, although in 2016 its use in the investigation was sanctioned as evidence. Prosecutors had said the intent alone is sufficient to bring about a conviction.

In early December, a judge requested four years in prison for Sarkozy over the charges.