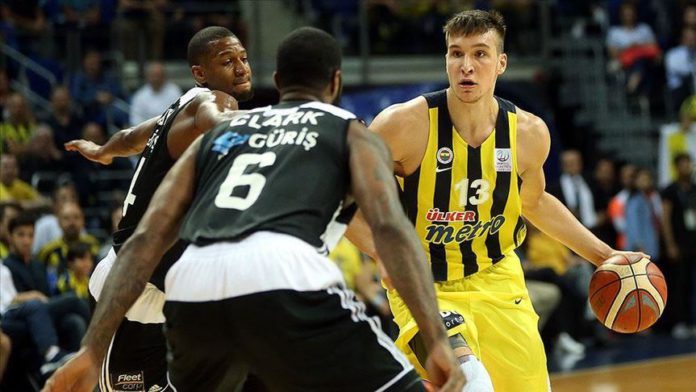 Euroleague said on its website that Bogdanovic, who is currently playing for Sacramento Kings in NBA, became a member of the 2010-20 team after voting by fans, media, players and coaches.

The Serbian shooting guard played for Partizan Belgrade and Turkish powerhouse Fenerbahce while he was in Europe.

In 2012, Bogdanovic made a debut in EuroLeague with Partizan.

The 27-year-old star made his way to Turkey in 2014 as Fenerbahce signed Bogdanovic, his first overseas experience.

Bogdanovic was one of the integral parts of Fenerbahce, helping the Istanbul club win their first ever EuroLeague title in 2017.

Bogdanovic is also currently playing for the Serbian national team, winning a silver medal in the 2014 FIBA World Cup in Spain.

Leipzig move to top of Bundesliga by beating Freiburg