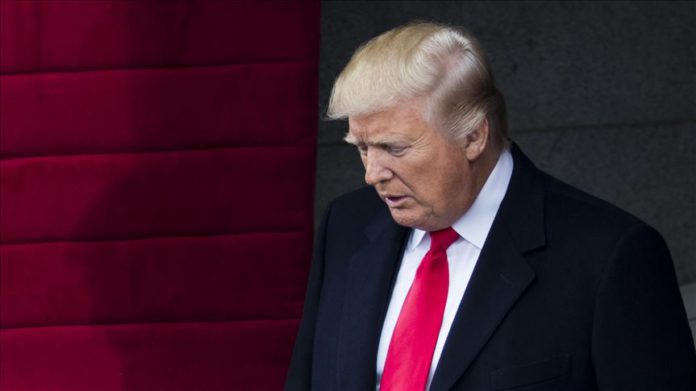 A former Department of Homeland Security (DHS) staffer announced Wednesday he was behind a scathing anonymous 2018 New York Times op-ed and 2019 book that were sharply critical of US President Donald Trump.

Miles Taylor, the DHS Chief of Staff for former Secretary Kirstjen Nielsen, said Trump is a “man without character.”

“His personal defects have resulted in leadership failures so significant that they can be measured in lost American lives,” Taylor announced as Americans prepare for Election Day in six days. “I witnessed Trump’s inability to do his job over the course of two-and-a-half years. Everyone saw it, though most were hesitant to speak up for fear of reprisals.”

The claim of responsibility for the op-ed which alleged the president is “impetuous, adversarial, petty and ineffective” comes as Trump continues to lag behind Democratic challenger Joe Biden in this year’s race for the White House.

Biden has continued to maintain a comfortable lead over the president, leading Trump by over 7% in an average of national polling compiled by the Real Clear Politics website.

Taylor left the administration in June 2019 and went on to be a vocal Trump critic before formally endorsing Biden for president in August.

The president quickly lashed out at Taylor, saying he doesn’t recall the former senior administration official and “never heard of him.”

“Just another @nytimes SCAM – he worked in conjunction with them,” he said. “They should fire, shame, and punish everybody associated with this FRAUD on the American people!”

Retweeting the president’s post, Taylor responded, saying “That’s too bad. I remember you, all too well. And I will continue shining a light on your failed presidency through the election—and beyond.”

April 16, 2021
We use cookies to ensure that we give you the best experience on our website. If you continue to use this site we will assume that you are happy with it.Ok