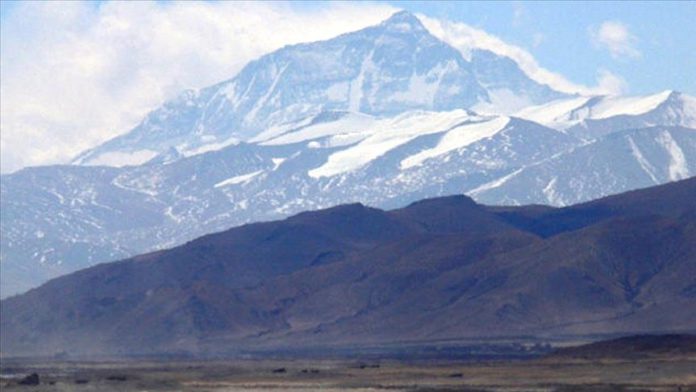 China and Nepal on Tuesday ended a years-long dispute over the height of world’s top mountain peak, both announcing its current height at 8,848.86 meters (29,031.69 feet).

The latest measurement was announced after the presidents of the two countries exchanged letters declaring the new height of Mt. Everest, which China calls Mt. Qomolangma.

“Announcing the new height of Mt. Qomolangma carries the significance of connecting the past and building the future,” China’s President Xi Jinping in his letter to Nepalese counterpart Bidya Devi Bhandari.

Xi said Mt. Everest is “an important symbol of friendship between the two countries from generation to generation.”

“China is also ready to work with Nepal to actively promote ecological and environmental protection and scientific research cooperation on Mount Qomolangma, and protect the common treasure and homeland of the two peoples,” Xi vowed.

A brief ceremony to launch the new findings was held simultaneously in Beijing and Kathmandu attended by Foreign Ministers Wang Yi and his Nepali counterpart Pradeep Gyawali.

“This is a historic day,” Gyawali said. “The new height of Mt Everest is 8,848.86 meters,” the daily Kathmandu Post reported.

Kathmandu had been working on the issue since 2011.

Many international surveyors have done measurements of the world’s highest mountain peak.

Earlier, Chinese surveyors had said in 2005 that the height of Mt. Everest stands at 8,844 meters, while their Nepalese counterparts said it was 8,847 meters.

The three-meter difference had been the result of diverging methods of measurement, with China calculating the “rock height” underneath the snow, while Nepal measured the “snow height” which included the snowcap, according to the Chinese daily Global Times.

Also, earthquakes that took place in the region are said to have also affected the height of the mountain.

The base camp that mountaineers use to climb the peak is in Nepal.

The ban had been imposed due to the novel coronavirus pandemic.

There are around 320 mountains in Nepal that are open for tourist expeditions, while the Himalayan nation also houses eight of the world’s 14 highest peaks.