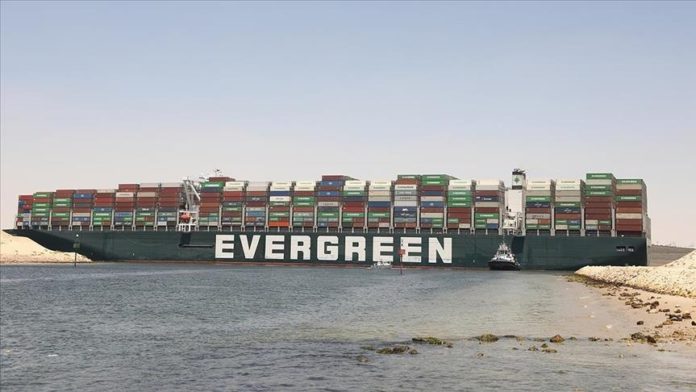 The Panama-flagged ship Ever Given on Tuesday left Egypt’s territorial waters after being held by local authorities for 107 days after blocking the Suez Canal.

According to the vessel finder navigational website, the vessel sailed into international waters in the Mediterranean.

Egypt agreed to a financial settlement of $540 million after the Canal Authority requested about $960 million at the beginning of the dispute.

On March 24, the 400-meter-long (1,312-foot) Ever Given, owned by Japanese firm Shoei Kisen KK, ran aground in the southern section of the Suez Canal while sailing from China to the Netherlands with almost 220,000 tons of goods, leading to the closure of the waterway’s shipping lane until it was refloated on March 29.

The accident blocked international trade in one of the world’s main waterways with more than 320 ships, including oil tankers, stuck at the entrances of the canal, sparking a crisis in the world supply chain, especially in Europe.

It took six days of joint efforts to pull the stuck ship loose and successfully refloat it.

UN confirms 28 of its staff died from coronavirus