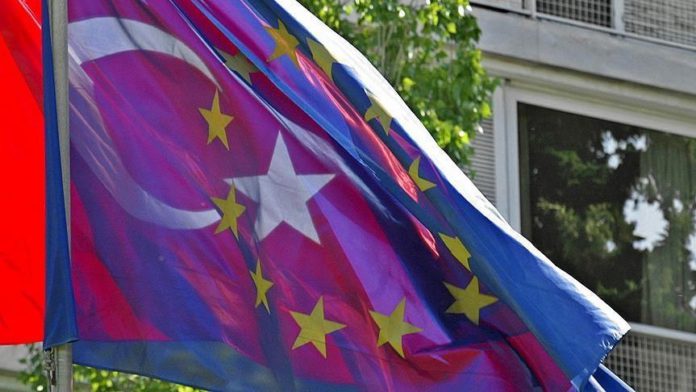 Five years after the EU-Turkey refugee deal, which has effectively stopped the flow of Syrian refugees into Europe, most of the political and financial pledges made to Turkey remains unfulfilled.

Described as “a success story” by European officials, the deal reached on March 18, 2016, helped authorities to stem irregular migration in the Aegean Sea, and saved the lives of many refugees.

But the EU’s failure to deliver sufficient amount of funds for the needs of Syrian refugees in Turkey remains a source of controversy, and has been heavily criticized by Turkish politicians.

In 2016, the EU promised to deliver €6 billion ($7.1 billion) until the end of 2018 to help Turkey care for nearly 2.6 million refugees, most of whom escaped civil war in neighboring Syria.

But the EU’s bureaucratic hurdles and delays to mobilize funds in the following years left Turkey alone in shouldering an enormous burden.

After nearly a two-year delay, the EU concluded the final contracts under the €6 billion package in Dec. 2020. But the amount the bloc actually spent for the needs of the Syrian refugees remains below €4.5 billion as of March 2021, according to the EU figures.

Turkish officials have repeatedly urged their European counterparts to update the 2016 EU-Turkey deal, by taking into consideration the changed conditions on the ground, new needs of the Syrian refugees, who now seek better access to education and health care.

Turkey has so far spent more than $40 billion from its own resources for the refugees, and officials underline that the EU should do more to share the burden more equitably.

As part of the 2016 deal, the EU had also promised to enhance political and economic cooperation with Ankara, by accelerating Turkey’s EU membership talks, modernizing the EU-Turkey Customs Union and allowing visa-free travel for Turkish nationals within the Schengen area.

However, several EU members including France, Greece and the Greek Cypriot administration, have blocked closer cooperation with Turkey, due to bilateral problems and tensions in the Eastern Mediterranean.

Although the EU had pledged opening new chapters in the accession talks, Turkey’s EU membership process have effectively come to a standstill in recent years.

The Turkish government has criticized its European partners for not fully implementing the 2016 agreement, and backing away from their political commitments.

Ankara proposed talks to update the 2016 deal, and suggested high-level meetings to re-energize the EU-Turkey cooperation.

EU leaders will discuss the future of EU-Turkey relations during their summit in Brussels next week.

EU’s foreign policy chief Josep Borrell said earlier this week that the pledges made at the EU-Turkey deal “remains valid” and the EU member states will hold talks to update this agreement.

“It will be for sure a part of the discussions among us, member states, European Union institutions, and later with Turkey in order to try to look for a renewal of this common engagement,” he told reporters in Brussels, after a meeting of EU foreign affairs and interior ministers.