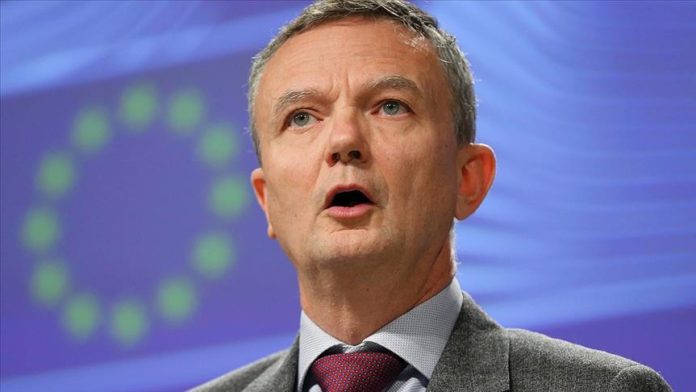 At a key EU summit this week, the bloc wants to follow a positive course with membership candidate Turkey in light of its actions, an EU official said Tuesday.

“Whatever the leaders will be deciding they will decide by unanimity taking into account the huge complexity of this relationship,” EU Commission spokesperson Peter Stano told reporters ahead of the two-day EU Leaders Summit set to start Thursday.

“And of course, EU’s interest to still stay on the positive course, of having constructive cooperation and dialogue with Turkey, if it is possible based on Turkish behavior,” he added.

“For the [EU] Council, anything is on the table. The leaders will be deciding which direction we go, which decision will be taken, or which measures will be then enforced or decided on,” he said.

Stano added that member states’ decision on Turkey will be “based on unanimity and based on evaluation of the behavior and actions of Turkey over the last few months.”

Relations with Turkey are also multi-faceted, considering the country is also a NATO member, said Stano.

*Writing and contribution by Busra Nur Bilgic Cakmak in Ankara.