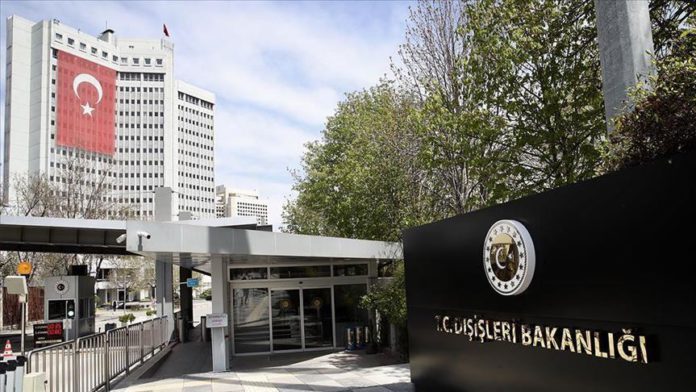 Turkey on Friday slammed a press release issued after an informal meeting of EU foreign ministers regarding Ankara’s hydrocarbon activities in the Eastern Mediterranean.

“The cause of the tension in the Eastern Mediterranean is Greece and Greek Cypriot administration, with their maximalist actions and demands contrary to international law. The unconditional support of the EU to these two who are trying to ignore the legitimate rights and interests of our country and the Turkish Cypriots in the Eastern Mediterranean increases the tension even more,” the Turkish Foreign Ministry said in a statement.

“The EU’s criticism on the hydrocarbon activities of our country within the continental shelf and its demands that we stop these activities is out of line,” the statement said.

“As confirmed by the EU Court of Justice, the EU has no authority in this matter. This request is against both the EU’s own acquis and international law,” it added.

Turkey also called on the EU member states not to support Greece’s “maximalist demands” under the pretext of union solidarity.”

“Greece is not an archipelago state. It is against international law and jurisprudence for Greek Islands, especially Meis, to have a continental shelf,” it said.

The statement also stressed that EU “should “act impartially and be an honest mediator.”

Earlier, EU foreign policy chief Josep Borrell said “in the absence of progress in engaging Turkey we could develop a list of further restrictive measures that could be discussed at the European Council on Sept. 24.”

On Tuesday, German Foreign Minister Heiko Maas visited Greece and Turkey, encouraging both countries to engage in dialogue to avoid conflict in the Eastern Mediterranean.