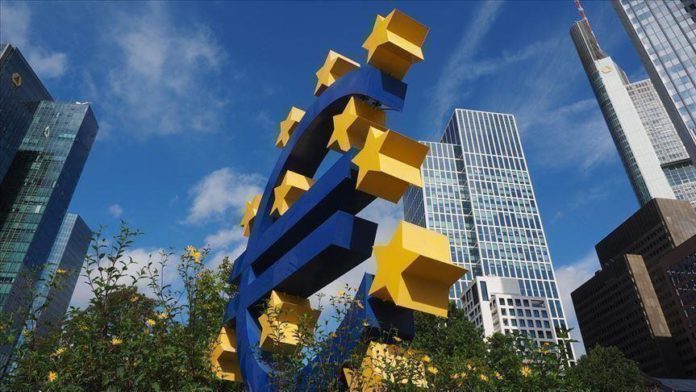 The Purchasing Managers’ Index (PMI) in the eurozone manufacturing sector fell in November on a monthly basis, a London-based global data company said on Tuesday.

The index, estimated to stand at 54.8 in October, fell to 53.8 this month, a report by IHS Markit showed.

Despite the figure’s fall in November “the index signalled an improvement in manufacturing operating conditions for the fifth successive month,” it said.

“The capital and intermediate goods sectors continued to expand at marked monthly rates. However, in contrast, consumer goods producers registered a modest deterioration in operating conditions for the first time in six months,” it reported.

An increase was seen in manufacturing production for the fifth successive month, although growth eased on October’s two-and-a-half year peak and was the slowest since July.

A similar trend was seen in new orders, where growth eased to the weakest in the current five-month sequence amid a slowdown in gains across domestic and external markets.

Additionally, looking ahead to the next 12 months, business confidence improved to its highest in over two-and-a-half years.

Job losses, on the other hand, were seen most prevalently in Greece, Germany, and Austria.

Chris Williamson, a chief business economist at IHS Markit, said: “Eurozone manufacturing output continued to grow at a decent pace in November. Although the rate of expansion cooled from October’s 32-month high amid new lockdown measures.”

He also underlined that shortages of inputs are meanwhile contributing to higher price pressures, with suppliers increasingly able to raise prices amid a sellers’ market for many key inputs.

Thousands in Burundi celebrate lifting of US, EU sanctions