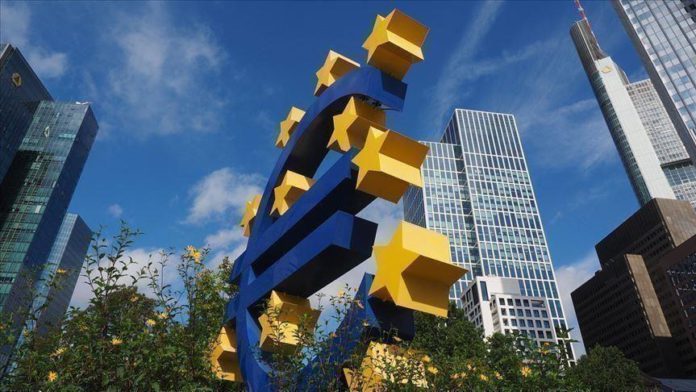 The PMI surged to 62.5 in March from 57.9 in February, a report by the London-based global data firm IHS Markit said, adding that the eurozone’s manufacturing economy “performed extremely strongly” last month.

“The index has now registered above the 50.0 no-change mark that separates growth from contraction for nine months in succession,” it noted.

While Germany and the Netherlands led the zone with the highest PMI figures of 66.6 and 64.7, several other countries also posted strong increases in March.

The report also warned about supply and logistical problems saying that “average lead times for the delivery of inputs lengthened at an unprecedented rate” amid challenges in “sourcing inputs due to product shortages.”

It added that logistical challenges related to measures taken against the novel coronavirus pandemic continued in March.

These problems increased costs, especially in Austria, Germany, and the Netherlands, it said.

Chris Williamson, a chief business economist at IHS Markit, said: “The picture is blighted, however, by record supply chain disruptions, which will likely be exacerbated further by delays arising from the Suez Canal blockage.

“Prices are already rising at the fastest rate for a decade as demand outstrips supply, resulting in a sellers’ market for many goods.”