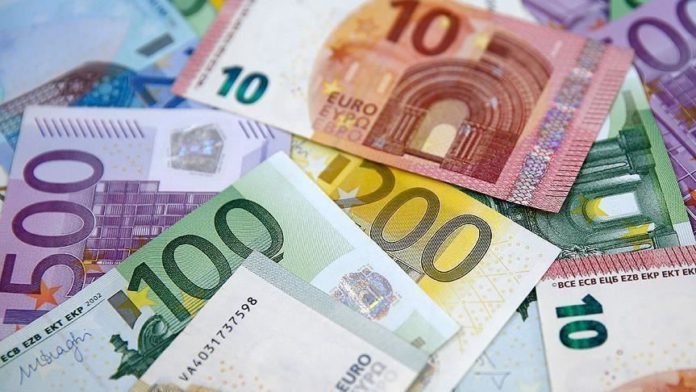 The general government debt-to-GDP ratio in the eurozone hit 86.3% at the end of the first quarter this year, Eurostat announced Wednesday.

As COVID-19 containment measures began to be widely introduced by member states at the end of first quarter, the figure was up from 84.1% at end-2019, the statistical authority said.

“Compared with the first quarter 2019, the government debt to GDP ratio fell in the euro area from 86.4%,” it noted.

The impact of the containment measures as well as policy responses are expected to materialize fully in increased financing needs in the second quarter of 2020.

On Thursday, Eurostat also announced the seasonally adjusted general government deficit-to-GDP ratio rose to 2.2% in the eurozone and to 2.3% in the EU in the first quarter of 2020.

“This is a sharp increase in both areas in comparison with the fourth quarter of 2019 (from 0.7%) and the highest deficit recorded in the euro area since the second quarter of 2015,” it said.

Total government revenue in the eurozone reached 47.0% of GDP, rising from 46.4% of GDP in the fourth quarter of last year.

Meanwhile, total government expenditures in the euro area were 49.2% of GDP during the same period, up significantly from 47.1% in the previous quarter.

The eurozone/euro area or EA19 represents member states that use the single currency – the euro – while the EU27 includes all member countries of the bloc.