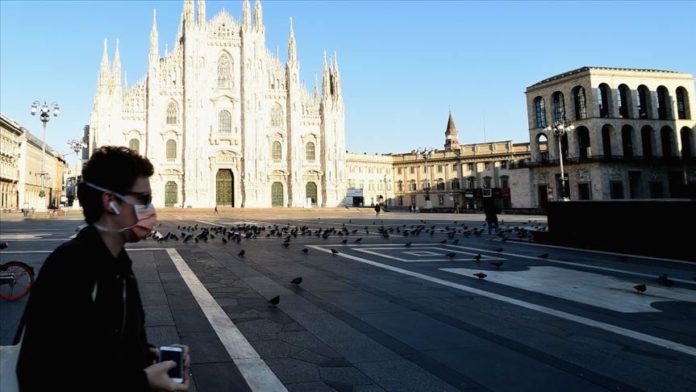 As the daily number of coronavirus-related deaths and infections continues their downward trend in some of the worst-hit European countries, governments are starting to relax their lockdown measures.

The death toll across the continent has passed 132,000 on Thursday. The UK became the second hardest-hit country after Italy, recording 26,097 fatalities yesterday.

Although the UK is still struggling with a high number of deaths and infections, many other countries, including Italy, Spain and France, announced a gradual relaxing of their measures to contain the virus.

Italy, Germany and Spain are taking gradual steps towards normalization starting May 4.

France is reopening kindergartens and primary and secondary schools on May 11.

Italy reported 323 new fatalities Wednesday from the novel coronavirus, bringing the total to 27,682, with a drop in active infections.

Data released by the Italian Civil Protection Department confirmed that the contagion curve was further flattening as the country braces for a partial resumption of activities and an easing of the current nationwide lockdown on May 4.

Meanwhile, the number of recoveries has continued to rise, climbing to 71,252 as the number of patients in intensive care has maintained fall, easing pressure on Italy’s strained health care system.

Conte said Italy will start lifting its blanket nationwide lockdown on May 4, allowing some key businesses to reopen after seven weeks of inactivity.

Conte warned Italians, however, that relaxing the lockdown will not mean the end of key social distancing rules, which are necessary to avoid a new surge in the contagion curve. People’s movements within regions will still be limited to strict health, emergency and work reasons.

“If you love Italy, please keep the distance,” Conte said, adding this is the start of a new phase of the pandemic in which Italians will co-exist with the virus.

Starting on May 4, all activities in the manufacturing and construction sectors will restart. But firms will have to ensure that all the newly introduced security protocols are met.

Funerals will also be allowed but will have to be held in the open with no more than 15 participants.

Conte said that if all goes well, retail shops will be able to reopen later in May and restaurants, cafes, coiffeurs and barber shops on June 1. Schools will not reopen until September.

The Italian government is also working on a new package of measures aimed at supporting the country’s fragile economy, which is heading for an 8% contraction this year. 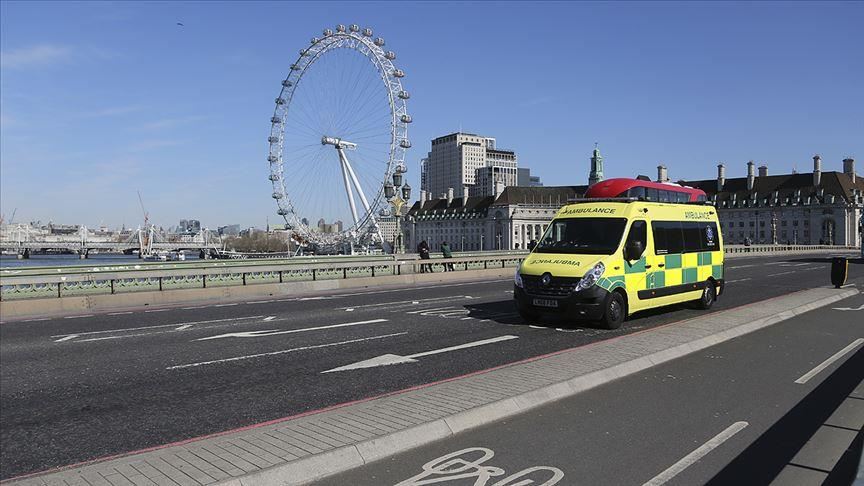 The UK has become the second worst-hit country in Europe after Italy with more than 26,000 fatalities confirmed as of Wednesday.

At a daily press briefing, Foreign Secretary Dominic Raab said the number of fatalities had increased by 3,811 since Tuesday, but he stressed that this did not necessarily indicate a surge, as the new figures included deaths in care homes from March 2 to April 28.

He said the number of deaths rose by a further 765 in the past 24 hours.

Raab also cautioned against lifting the lockdown too early, saying Germany had seen a rise in cases after easing restrictions.

The UK now has the third-highest coronavirus death toll in the world after the US and Italy. 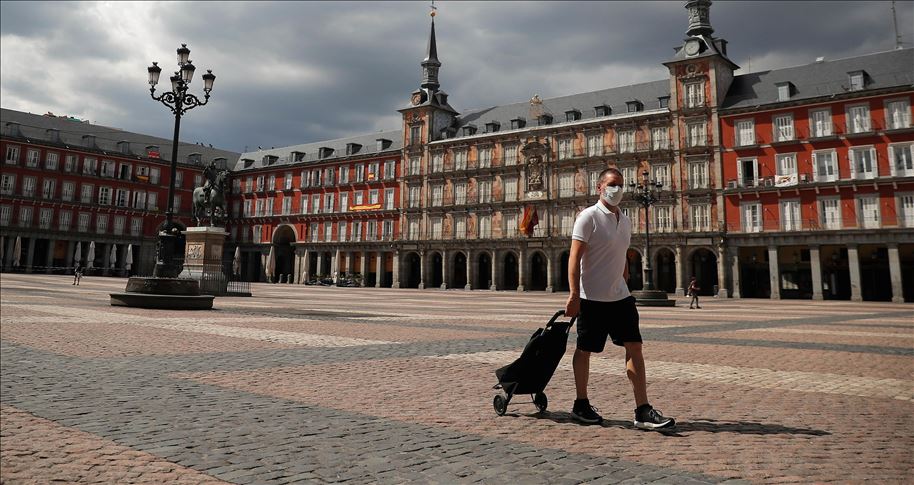 With a total of 24,543 coronavirus deaths as of Thursday and after a six-and-a-half-week lockdown — one of the world’s strictest — Spain is now preparing to ease restrictive social distancing measures.

Spain also continues to register more recoveries than new active infections. A record 3,103 more people were reported as recovered Thursday, bringing the total to 112,050. More than 1,309 new infections were also confirmed, bringing that total to 213,435 — the second highest in the world.

Most of Spain will officially enter Phase Zero on May 4, which will allow for individual outdoor sports activities and some small businesses to begin limited activity. Four Spanish islands will move directly into Phase One.

Each province will advance to the next phase in two-week intervals. But if criteria related to hospital capacity, the epidemiological situation and compliance are not met, provinces will not move to the next phase until it is ready.

Phase One will allow some social activity and the ability to move within the same province. Spain’s famous outdoor terraces will be allowed to open, but only at a 30% capacity. Places of worship will also be limited to 30%. Hotels will open, but common areas like restaurants will remain closed.

If a province meets the criteria, it could move into Phase Two as early as June 1. At that time, restaurants and theaters could resume operations as well as cultural activities but with limited capacity. Fishing and hunting will be permitted and some educational centers can reopen.

Elementary and high schools will remain closed until September.

In the final phase, some restrictions on businesses, mobility and restaurants will be eased. Active tourist groups will be allowed to operate and beaches will be open, but only to local residents. That would last for two more weeks until June 29.

From there, if all goes well, the province could move into a situation of “new normality,” in the words of Sanchez. What that will look like is still to be determined. 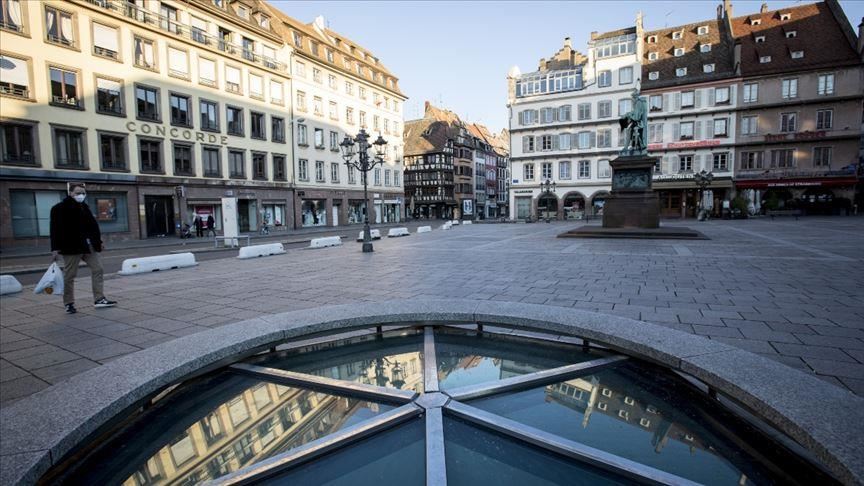 Hospitalizations dropped Wednesday, with 26,834 being admitted into medical care, a drop of 650 patients over the previous day. The number of patients in intensive care fell by 180 to 4,207.

Since record-keeping began at the beginning of March, 48,228 people have returned home after fully recovering from the disease.

Philippe also said the country will provide 100 million face masks every week for sale at pharmacies.

To continue the fight against COVID-19, Philippe said France will carry out 700,000 tests a week, with those who test positive quarantined in their homes or designated hotels. 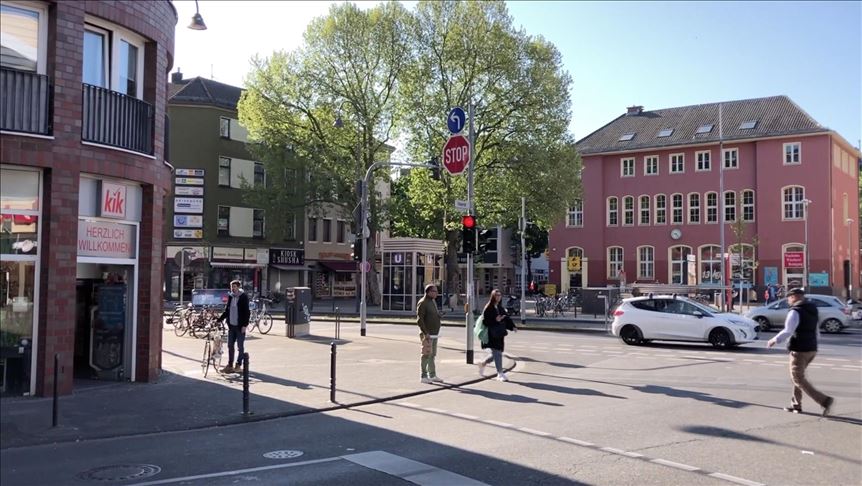 has the sixth-highest number of confirmed COVID-19 cases in the world behind the US, Spain, Italy, France and the UK.

The death toll in Germany reached 6,467 on Thursday, while the number of cases rose to 161,539, according to data analysis firm Risklayer and the Karlsruhe Institute of Technology.

Nearly 123,500 patients have recovered from the virus, the Robert Koch Institute reported.

Ulrike Demmer, a government spokeswoman, said Wednesday that the global travel warning for German citizens was extended until at least June 14 because the pandemic has not been brought under control.

She underlined that restrictions on international air travel, quarantine regulations and lockdown measures were likely to continue in the coming weeks in many countries.

Germany began easing restrictions to stem the spread of the coronavirus in the country on April 20, earlier than others.

Most shops smaller than 800 square meters (8,611 square feet) were being allowed to open again.

Provided that precautions are followed, hairdressers will reopen their doors to customers on May 4. 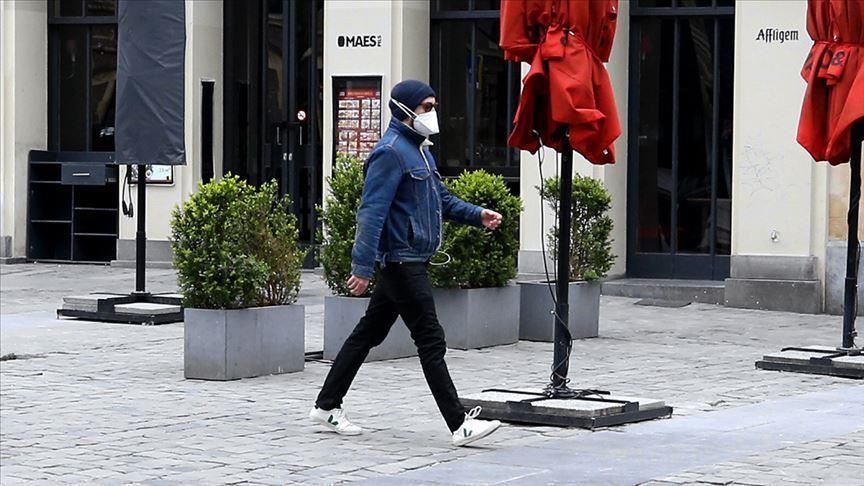 In Belgium, public transport will resume normal schedules from May 4, but passengers will be required to cover their nose and mouth.

Companies in non-essential sectors can resume operations, but there should be no direct contact with customers and only business-to-business commerce will be allowed.

From May 11, all stores can reopen with serious sanitary rules.

People will also be able to exercise outdoors with up to two people who do not belong the same household.

From May 18, students can return to primary and secondary schools, with the limitation to let a maximum of 10 students in the same classroom.

In this phase, moderate-size family gatherings, weddings, funerals or excursions might be authorized depending on the pandemic situation.

If the number of hospitalizations allows, bars and restaurants may reopen from June 8, and summer travels might also get authorization. 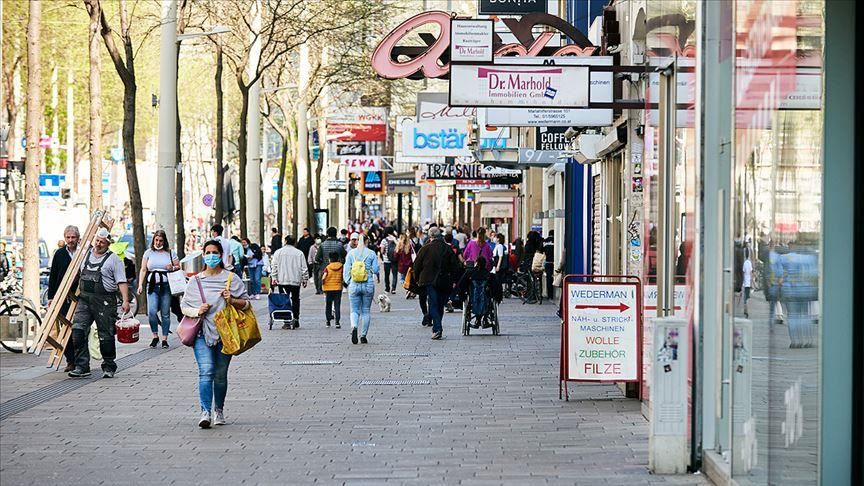 Austria said Tuesday that curbs which began last month in the wake of the coronavirus pandemic will be gradually lifted.

Restrictions will be lifted next week, but citizens will have to follow social distancing measures and keep 1 meter (3 feet) from others in public. Citizens will not have to wear face masks outside but only in closed spaces.

Hotels, zoos, pools, and tourist sites will open on May 29. Restaurants and cafes will open as of May 15, but with new precautions adopted.

Medvedev, Sabalenka into 4th round at Australian Open