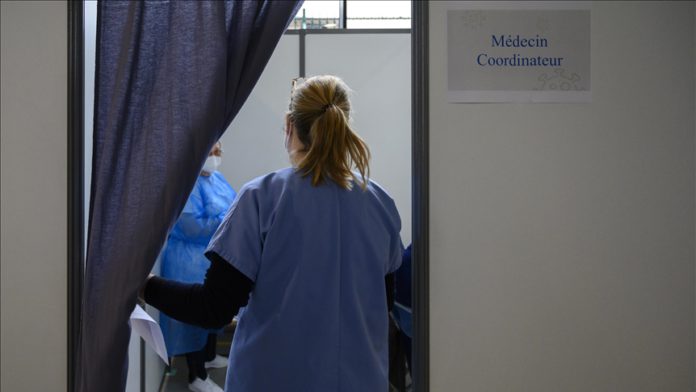 European Commission President Ursula von der Leyen has defended Europe’s vaccine strategy amid growing criticism over delays and a shortage of doses as well as a lack of transparency over exports and steadily rising cases due to the active circulation of multiple coronavirus variants.

“I understand the anger and the emotion. But I am convinced that the European vaccination strategy is the right one,” von der Leyen was quoted as saying in an interview with France’s Le Monde newspaper.

She said the mass vaccination against COVID-19 which began at the end of December in Europe is new and does not have precedence.

Out of 160 applicants, the commission chose six vaccines, of which the Pfizer/BioNTech, Moderna and AstraZeneca vaccines were developed in a record 10 months. Johnson & Johnson is expected to start delivery in early April and CureVac should be ready to supply in the second quarter.

Von der Leyen also spoke in defense of the slow pace of vaccine production, saying while it is complicated, things went faster than expected. As of Dec. 26, 18 million doses had been delivered, and by February and March, another 33 million and 55 million jabs will follow.

“We are on the right path. And it should improve,” she insisted.

Responding to questions over the attacks and her credibility, von der Leyen, who took charge last year, affirmed she was committed to her role and demanded to be judged at the end of her mandate in 2024.

“In politics, there are always ups and downs,” she said. “Let’s wait until the end of the term to see the successes and mistakes, and then we will take stock.”

Several members of the European Parliament also called for her resignation after she threatened to invoke Article 16 of the Brexit treaty’s Northern Ireland Protocol, which could risk the supply of jabs to Britain.

In an interview with The Irish Times, she said she regretted but did not apologize over the mention of the politically sensitive article, which was dropped before the final decision in an ongoing row with AstraZeneca.

The commission had accused the British-Swedish pharmaceutical and biopharmaceutical company of breaching the contract and supplying to the UK, which used emergency provisions before the EU could authorize the vaccine.

“If every member state had entered the market for itself, the EU would not have had five of the six successful vaccines available now,” she said.

After the company said last week that it could only supply a quarter of the jabs it had aimed for in the first quarter of the year, the commission pressured AstraZeneca to step forward and deliver on its promised supply.

Von der Leyen held a video conference with all the pharmaceutical companies with which the European Commission has signed Advance Purchase Agreements, to increase manufacturing capacities.

Following this, AstraZeneca gave assurances that it would start early delivery of 9 million additional doses in the first quarter (40 million in total), she tweeted.