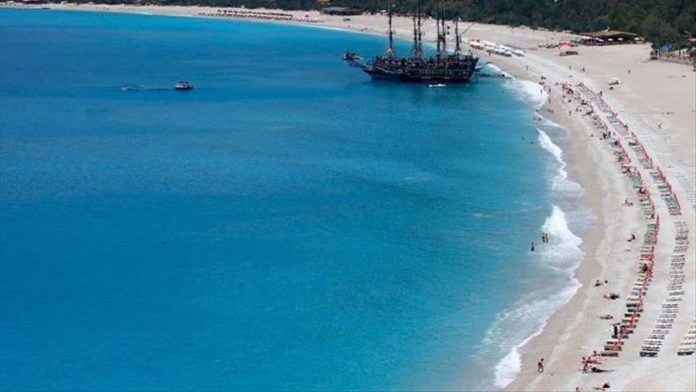 Summertime, and the livin’ is easy. So the song goes, but in a post-COVID-19 world, it does not always remain the same.

The novel coronavirus ravaged most of Europe this spring, claiming the lives of 207,958 and infecting 3,103,674 people to date, according to the latest statistics from the World Health Organization.

With countries then going under lockdown for months, the virus put a screeching halt on travel of any kind. Summer seemed very far off, but now it is here, and the hit is not to be underestimated: The European Travel Commission said in a July 15 tweet that travel to the bloc is expected to be 54% lower than in summer 2019, and that growth will stay below last year’s until 2023.

“In the first four months of 2020, Europe has seen a 44% decline in international tourist arrivals compared to last year,” the organization said on Twitter.

Some like France have kept borders shut, prohibiting tourists altogether from countries like Brazil and the US where coronavirus numbers are rising rapidly. France enjoys the esteemed title of most visited country worldwide and tourism represents 7% of its GDP. In June, the government announced an injection of €18 billion (around $20 billion) to aid the struggling sector, which employs 2 million people annually.

Other countries resisted opening borders to neighbors too soon, like Austria, Italy, and Switzerland, which remained closed for most of June.

It is no exaggeration to say Italy was hammered by the coronavirus, with 700 to 800 fatalities occurring daily at times during March and April. Just in the Lombardy region, 16,000 people had died by end of May.

Despite daunting statistics, the country reopened borders as of June 3. Tourism amounts to 13% of Italy’s GDP.

As of mid-June, most Schengen area countries opened their borders for intra-country travel. Restaurants, bars, and cafes, however, are adhering to strict social distancing and opening only on terraces, as in most of France.

As of the end of April, the World Travel and Tourism Council (WTTC) estimated that the global tourism sector is slated to lose 100 million jobs over the next months, 75 million of those in G20 countries, which includes all of the European Union.

Through end-April, the WTTC put Europe’s total GDP loss at €708.5 billion due to fallout over the pandemic.

As countries started to lift restrictions, each opened borders as they saw fit, unfolding from mid-May, with Greece and France opening select beaches as examples of two countries that rely on seaside resorts as major feeders of their travel business.

Why reopen beaches more than, for example, universities? Summer is a distinct season, vital to the industry on the bloc. It is customary for individuals to take weeks off — four on average — during July and August, months that are seen as respites from the busy year.

Spain was also pounded by the pandemic and is still 12th on Johns Hopkins University’s COVID-19 dashboard in terms of infections worldwide. Its borders opened on July 1 and travelers landing there will not need to self-isolate. Spain also opened up to the list of non-member states approved by the EU Council.

Ironically, this may be the best time for Europeans to take a vacation, given the lack of crowds. Major tourist attractions like the Eiffel Tower, Guggenheim Bilbao, Berlin Wall, and Vatican Museums, are welcoming visitors again. Tickets at many must be bought online and a time slot must be booked. Masks are often obligatory for entry, but best to check official websites before visiting.

According the UN’s World Tourism Organization, 27 million people are employed on the continent in tourism, which comprises 10% of its GDP.

Northern countries with smaller levels of infection have also opened themselves slowly, like Norway which did not open to those from the Shengen area until July 15, with people allowed entry only if they had “acceptable levels of infection.”

Those visiting the Emerald Isle must self-isolate for 14 days upon arrival — whether a resident of Ireland or not. Passengers should fill out a locator form for follow-up, and calls and house checks are indeed made to ensure compliance.

As of July 1, the Netherlands opened back up to all EU citizens, however those from the UK and Sweden were asked to self-isolate for 14 days.

Restrictions to prevent the disease’s spread however, have not let up. Most European countries, such as Germany, Italy, Spain, and France, have made masks compulsory in all indoor spaces.

In anticipation of encouraging travel within the bloc, the European Commission issued in mid-May a 21-page “Guidance for the Progressive Resumption of Tourism Services and for the Health Protocols in Hospitality Establishments,” a long title for advice covering everything from physical distancing to cleaning and sanitation to “respiratory etiquette.”

Whether everyone will follow the guidelines offered is another matter entirely.

Some entities have remained closed until business resumes. Case in point: The George V. Paris’s premiere luxury hotel says that opening, for now, just has not been worth it.

“The vast majority of our clients come from abroad, outside of the EU. We are waiting for the flow of tourists to pick up to ensure a sustainable business,” said Thibaut Drege, director of the George V.