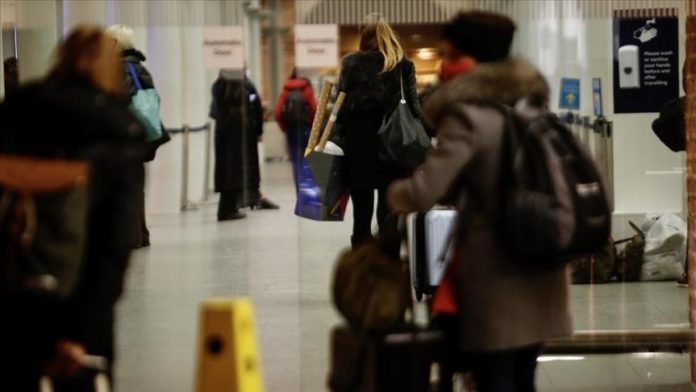 Hours after Britain announced a harsher lockdown due to a fast-spreading coronavirus strain, France, Germany, Italy and other European states rushed to limit the new strain’s reach, cutting off transport links.

Across the channel, France suspended all traffic to and from the UK starting Sunday midnight for at least 48 hours. Transport Minister Jean-Baptiste Djebbari said on Twitter that the decision was taken over the new fast-spreading strain, adding: “We are now working to build a harmonized European health protocol.”

The decision to ban rail, road and flight transportation for passengers and freight goods was taken in an emergency Sunday night meeting of a health defense committee remotely chaired by President Emmanuel Macron from his quarantine and recuperation from COVID-19 symptoms.

German is also halting all flights from the UK and South Africa, Health Minister Jens Spahn told ARD television on Sunday, saying the step comes “in view of the reports of mutated viruses.”

With Belgium and the Netherlands making similar moves, Italy on Sunday also banned flights to and from the UK.

“As a government, we have the duty to protect Italians. So for this reason, after alerting the British government, together with the Health Ministry we are about to sign an order to suspend flights with Great Britain,” Foreign Minister Luigi Di Maio wrote on Facebook.

A hospital in Rome, the Military Polyclinic of Celio, also announced that the new strain has been found on a patient who recently returned to Italy from the UK.

The patient and a companion, who flew into Rome from the UK last week, are now isolated and have undergone, with their relatives and close contacts, procedures mandated by the Health Ministry, said the clinic.

Austria’s foreign minister also announced a ban on flights from the UK “to avoid the spread and mutation of COVID-19” in the country.

Saying that he has spoken to British officials about recent developments, Alexander Schallenberg added: “We have to take this radical decision to protect our people from danger.”

Turkey, on Europe’s southeastern borders, and the Gulf state of Kuwait also moved to ban flights from the UK.

Other European states are also said to be mulling steps to cut off transportation links, according to local reports, as senior leaders of the EU’s 27 member states were videoconferencing to start planning a coordinated response.

In Greece, stopping short of a ban, the General Secretariat for Civil Protection announced that a seven-day quarantine will be imposed on anyone arriving to Greece from the UK starting Monday 6 am.

British Prime Minister Boris Johnson on Saturday announced new restrictions over the fast-spreading strain covering London, the southeast and the east of England.

*With contributions in Ankara by Merve Aydogan