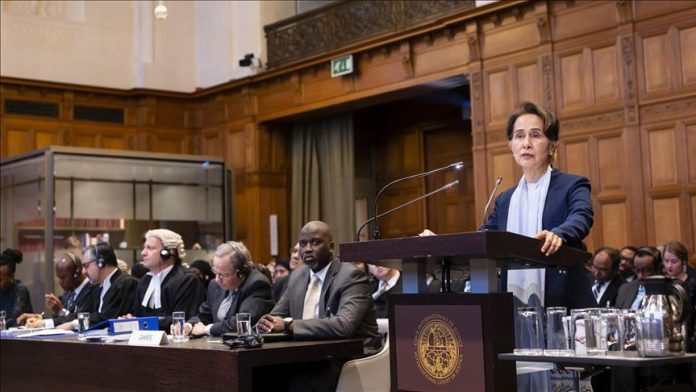 The European Rohingya Council (ERC) on Friday “strongly condemned” Aung San Suu Kyi for her statements at an international court seeking to defend the military’s crimes against minority Muslims in northern Rakhine state.

Neglecting the world’s call for justice for the Rohingya, who faced a brutal military crackdown in 2017, State Counsellor Suu Kyi, a 1991 Nobel peace laureate, defended the military at the International Court of Justice (ICJ) on Wednesday, undermining her claim to the prize.

The Rohingya, described by the UN as the world’s most persecuted people, have faced heightened fears of attack since dozens were killed in