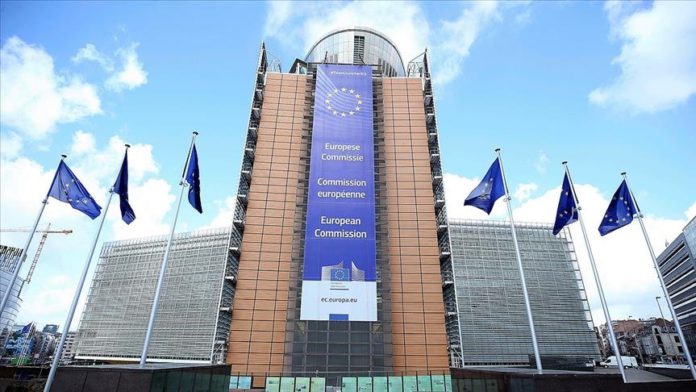 The European Parliament adopted a resolution Thursday condemning China over allegations of forced labor and over the situation of Uighurs in the Xinjiang Uyghur Autonomous Region, calling on the EU to impose sanctions.

Lawmakers strongly condemned “the Chinese government-led system of forced labor — in particular the exploitation of Uyghur, ethnic Kazakh and Kyrgyz, and other Muslim minority groups — in factories both within and outside of internment camps in the Xinjiang Uyghur Autonomous Region. It also denounces the continued transfer of forced laborers to other Chinese administrative divisions, and the fact that well‑known European brands and companies have been benefiting from the use of forced labor.”

They also called on private sector companies to assess their engagement with the Xinjiang region and to inspect the supply chains to determine that human rights are complied with, and if they are not, to cut their business relations.

It was also requested that China allow an international observation group to conduct independent observations in the Xinjiang region.

Recalling the EU’s adaptation on Dec. 7 of restrictive measures against serious human rights violations and abuses, lawmakers called on “the Member States and the High Representative of the Union for Foreign Affairs and Security Policy to swiftly evaluate the adoption of sanctions against the Chinese officials and state-led entities such as Xinjiang Production and Construction Corporation, responsible for devising and implementing the policy of mass detention of Uyghurs and other Turkic Muslims in Xinjiang, for the use of forced labor, and for orchestrating the severe repression of religious freedom, freedom of movement and other basic rights in the region.”