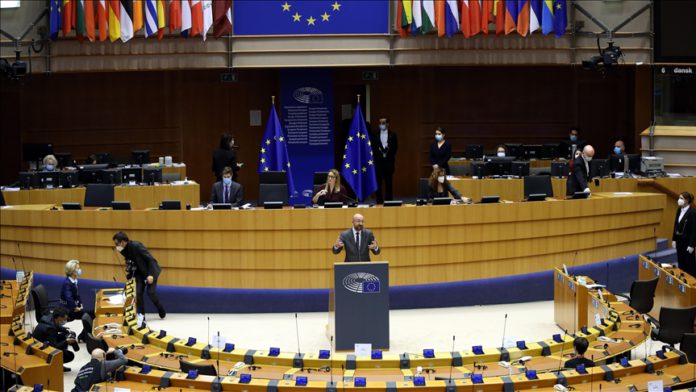 Members of the European Parliament also approved a “regulation designed to protect EU funds from being misused by EU governments who bend the rule of law,” said another statement from the bloc.

EU leaders also welcomed the agreement on the €1.8 trillion (US$2.19 trillion) long-term budget and COVID-19 recovery package, which was previously vetoed by Poland and Hungary over a clause linking the distribution of funds to a member state’s respect for core European values.

Opposing the “rule of law” principle of the distribution of EU funds, Poland and Hungary blocked approval of the rescue program prepared against the economic consequences of the coronavirus pandemic of €750 billion with a future budget of €1 trillion.

The two countries vetoed the unanimous budget and bailout program package as they feared that the rule of law mechanism would be used against them.

The EU’s current term president Germany was negotiating between the parties to reach a consensus on this issue.

Last week, German Chancellor Angela Merkel applauded the EU leaders for reaching agreements on the budget and climate change at a two-day summit in Brussels.

European Commission President Ursula von der Leyen had said the agreement will help the EU member states provide “a strong economic response to the crisis while preserving the rule of law.”

“Citizens and the EU economy need our support, more than ever,” she stressed.