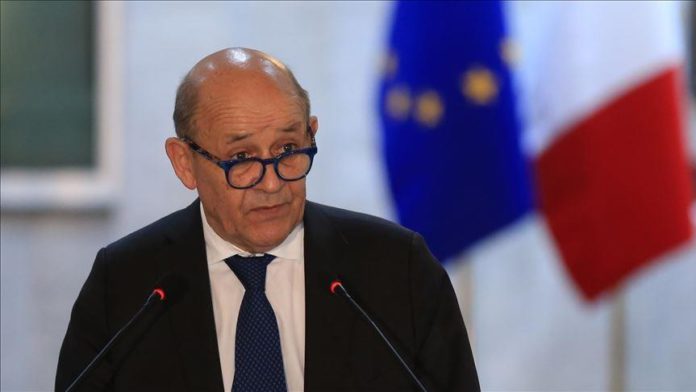 Top diplomats from France, Germany, Egypt and Jordan on Thursday discussed possible peace efforts for Palestine and Israel ahead of the elections.

In a joint news conference in Paris, French Foreign Minister Jean-Yves Le Drian said they will meet with Israeli and Palestinian officials to discuss trust-building efforts.

“We have a very special timetable ahead of us. Because there are elections planned in Israel and also in Palestine,” said Le Drian.

For his part, German Foreign Minister Heiko Mass said that the new US administration’s support for a two-state solution is a positive step.

“It is important to restore trust. We have to take steps and measures to achieve this,” he added.

Egyptian top diplomat Sameh Hassan Shoukry said it is important to resume peace talks especially for Palestinian people “who deserve to have the rights restored or have been cruelly deprived of these rights.”

Jordan’s Foreign Minister Ayman Safadi also said: “Positive signals from the new administration in the United States, show us that we will have good relations with the US administration as well, and work in this direction.”

“Peace will not be possible, unless the illegal steps taken by Israel are not corrected. This is particularly the question of building of new settlements or confiscation of land and destruction of existing structures,” he added.

Iran sees upward trend of virus cases in many provinces