In the final days of 2019, Brexit negotiations between the UK and the EU were undoubtedly the biggest news item for Europe.

Disgruntled voices kept pouring in from all camps in Britain and EU member states as everybody had waited for a glimpse of hope on a deal three and a half years after the UK voters said they would not want to be part of the Europe club.

But what everybody little knew was that an invisible, insidious, and deadly enemy was about to change the whole world.

A pandemic was in the making in far lands and it would cause the greatest human loss since the world wars. The enemy’s name was to be learned by billions of the planet’s occupants in a short time: novel coronavirus.

What marked 2020 is definitely the pandemic, which spread across the world in an unhindered way and the disease it causes, COVID-19.

The World Health Organization declared COVID-19 a pandemic in March, as the never-seen-before virus had already traveled almost all continents and it was about to turn Europe into its new epicenter.

All nations, small and big, initiated measures to keep the pandemic away from their borders, but it was not possible to easily curb the spread despite lockdowns.

Mighty European nations had never felt this helpless in decades as the continent rapidly turned into the epicenter of the pandemic.

It would kill indiscriminately more than 500,000 people in Europe in the nine months to follow, leaving health services helpless and overwhelmed in most countries.

A long-waited glimpse of hope has come as the world is currently prepared to embrace 2021 with various vaccines, while some nations have already rolled out their vaccination programs.

The general expectation from the New Year is to see the end of this unprecedented health crisis and many think the pandemic might be over by the middle of 2021.

An end to never-ending Brexit negotiations between the UK and EU also came almost suddenly as this year was ending.

On the final days of 2020, both parties kept saying there were big differences between them to reach a post-Brexit trade deal but on the 11th hour, the deal was inked Christmas Eve.

Both parties, no doubt, had adopted an “It’s either my way or the high way” approach and looked not far from a no-deal divorce, but this approach would soon to be proven as a tactic by the negotiations teams.

The 2021 promises both the UK and EU a big relief four and a half years after the Brits decided to leave the bloc and one of the greatest developments in Europe is already “done and dusted”, technically at least 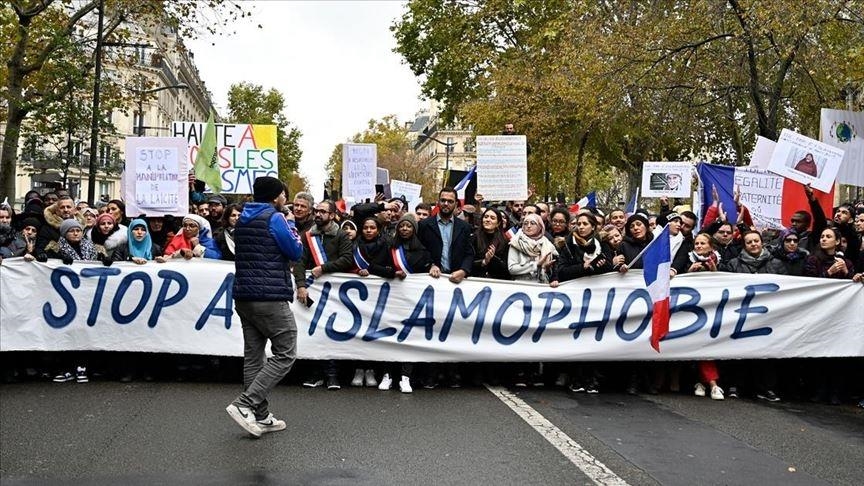 France was rocked by a series of terror attacks by extremists in 2020, which were all claimed by terror groups as reactions to republishing of controversial cartoons of the Muslim Prophet Muhammad in 2020.

Muslim countries, condemning the terror attacks unequivocally, across the world were once again shocked with the republications of the offensive caricatures, which had been originally published by Charlie Hebdo magazine.

The awe and anger multiplied as French President Emmanuel Macron described Islam as “a religion in crisis”, associating the whole religion with terrorism and then projecting the very cartoons on state buildings in the name of “free speech”.

A boycott on French goods and services in some major Muslim countries has continued as a reaction to the offense caused.

French Muslims have accused Macron of trying to repress their religion and legitimizing Islamophobia. Several Muslim-majority countries, including Turkey and Pakistan, have condemned his attitude toward Muslims and Islam.

Islamophobia on the other hand quickly escalated in France and in one occasion two Muslim women were stabbed near the Eiffel Tower in Paris.

Meanwhile, the French state has managed to get various criticizing articles removed from some news outlets, including the Financial Times, Politico, Le Monde, and the Associated Press, in an extreme contradiction with what it defends: freedom of media.

The whole world is expecting a sigh of relief in 2021, as the past year has proved itself one of the worst years across the globe with natural disasters, conflicts, a global pandemic, and economic turmoil.

Billions of people are still at home to prevent further spread of the coronavirus and newly discovered new variants of it, wondering what is coming next.

But the New Year, indeed, is full of hope.

By the middle of 2021, the number of people to receive vaccines will increase multi-fold and those who are protected against COVID-19 will start returning to life as we knew before the pandemic.

People across Europe are also preparing to embrace 2021, with no big parties for obvious reasons.

Those who lost their loved ones to the disease will spend the last days of the worst year in a long while, in contemplation of 2020.

All will have health, peace, and prosperity in their prayers and remain hopeful from the New Year.