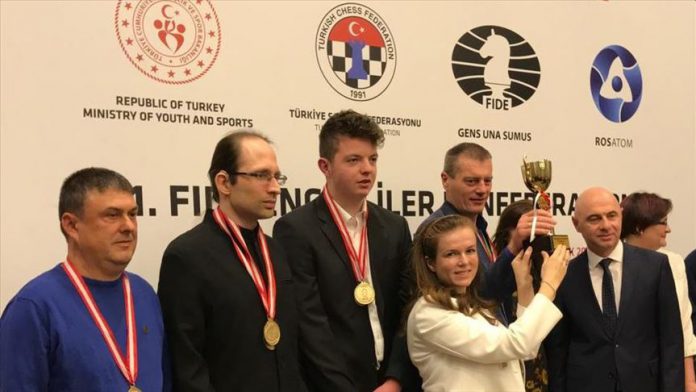 A European chess team playing in Turkey won the first Confederation Cup for disabled people on Friday after winning all their group matches.

Five teams from the Americas, Europe, Asia, Africa, and a Turkey-Russia joint team competed to win the trophy at the International Chess Federation (FIDE) competition in Turkey’s capital Ankara, the first such competition of its kind.

At an awards ceremony, the Asian team came in second with two wins, one draw, and one loss, while the Americas team took third place with one win, two draws, and one defeat.