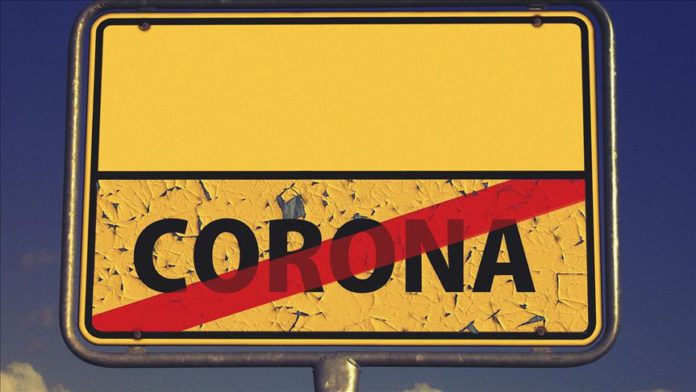 European countries started to tighten measures against COVID-19 as the number of infections rise.

In Spain, Madrid’s regional leader announced on Tuesday a number of new measures to control the virus’s spread without resorting to a lockdown.

President of Madrid Isabel Diaz Ayuso said social gatherings will be reduced to 10 people, both in public and private meetings.

The city’s famous nightlife will also be radically altered with all bars and nightclubs having to register guests, and close at 1.30 a.m. Normally, nightclubs in Madrid get busy at around 2 a.m. and stay open until at least 6 a.m.

Ayuso announced masks will be made mandatory in all public spaces, indoor or outdoor, including outdoor terraces in Spain’s capital region. Previously, masks were only required when social distance could not be maintained.

Every other Spanish region, except for the Canary Islands, has already enforced similar measures of mask-wearing.

Germany’s disease control agency, Robert Koch Institute, on Tuesday warned of an imminent second wave of coronavirus in the country amid a drastic rise in cases.

Lothar H. Wieler, the institute’s head, at a televised press briefing said 3,611 new cases were reported nationwide over the past seven days.

He cautioned this could be the beginning of the feared second wave in the country as many Germans have become too careless and no longer abide by the restrictions.

The German Foreign Ministry also issued a travel alert for parts of Spain, which is a favorite holiday destination for German tourists.

The ministry urged Germans not to make unnecessary trips to the Spanish regions of Aragon, Catalonia, and Navarre from where reports of a rise in fresh cases and regional lockdowns were coming.

Speaking to Sky News during a visit to Nottingham, British Prime Minister Boris Johnson said “the signs of a second wave” of the coronavirus are appearing in some European countries.

Last week, Britain changed its travel advice for the whole of Spain, and said all non-essential travel to the country should be avoided after numbers of COVID-19 cases in some regions in the Mediterranean country have recently risen.

The UK has removed Spain from its list of countries from which those arriving are exempt from two-week-long quarantine after entering the country.

After a rise in the infections in the second half of July, Greece also made wearing masks in public mandatory.

Belgium also took some measures to contain COVID-19 infections in the country by applying further restrictions on public life.

As of Monday, households need to reduce their social bubble — the people they frequently visit — from 15 to five.

Only 10 people can participate at wedding receptions and other private family events.

Till the end of August, public outdoor events need to downsize to 200 people from 400, while the number has been reduced to 100 from 200 for indoor happenings.

Meanwhile, the countries of Western Balkans do not implement strict measures against the spread of the virus.

While the countries register daily about 400 new cases and about 10 deaths, their borders remain open.

Bosnia and Herzegovina and Montenegro requires at most 48-hour-old COVID-19 test from visitors to their countries, while Serbia and Croatia keep their borders open for all visitors.

Serbia does not allow gatherings of more than 10 people both indoors and outdoors. Also the restaurants and nightclubs are not allowed to work after 11.00 p.m.

All countries in the region require masks in public places.

Turkey: Occupation of Palestine will not be justified

Russia to send Assad regime forces to fight for Haftar