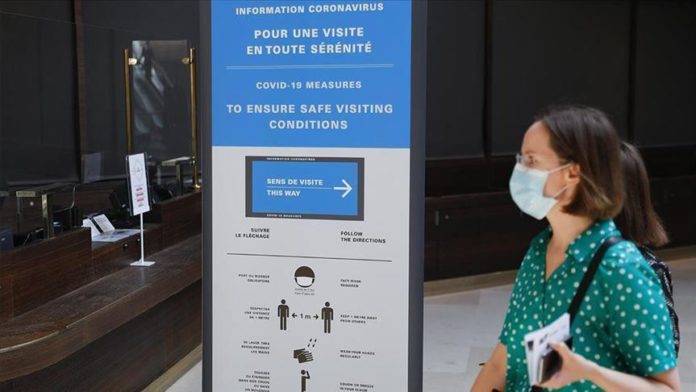 Europe appears to be on the brink of a second wave of COVID-19 amid rising case numbers in country after country.

While countries like Spain, France, and Germany witnessed the highest daily increases in months, officials and experts are discussing whether the second wave is here or not.

Spain registered significant jumps in both hospitalizations and new infections in recent weeks.

Despite seeing the fastest acceleration of COVID-19 contagion in Europe, experts in Spain are split on whether or not to call it a second wave.

On July 23, when Spain’s chief epidemiologist Fernando Simon was on vacation and cases began to surge, his substitute, Dr. Maria Jose Sierra, said: “It’s possible that we are in a second wave.”

Virologist Margarita del Val was even more certain. “I believe we are in a second wave… it will be smaller than the first, but I hope we react. But the bad thing is that it’s transmitting silently, so in any moment it could come up and scare us,” she told media in late July.

However, upon his return, Simon was much more skeptical. Just a week ago, as cases continued to climb, he said if Spain was in a second wave “it certainly doesn’t seem like it… people can call it what they want, but what we’re detecting now are outbreaks and a certain degree of community transmission in certain places.”

The Spanish government has also avoided using the term. Efforts have instead focused on branding the country as a “safe” tourism destination in light of several European countries imposing quarantine on arrivals from Spain.

New cases in France have been reported at their highest since the end of May — May 30 — according to the latest figures from the Health Ministry and Directorate-General for Health.

There is a higher number of daily coronavirus infections over the past 24 hours — 1,695 more contaminations.

Since the start of the pandemic, the total number of infections in France stands at 194,029 and the death toll at 30,305.

The number of hospitalizations has dropped, along with that of the ICU cases. Some 5,148 people remain hospitalized with 384 in intensive care.

Currently, 14 departments within France are deemed to be within a vulnerable situation.

There are a collective 187 clusters of infection that remain under investigation in the country, a rise of 16 over the last 24 hours.

The number of new confirmed cases of COVID-19 in Italy doubled to 384 on Wednesday, while the country recorded 10 new deaths.

That brings the total number of cases in Italy to 248,803 and the death toll to 35,181, according to the latest data by the Health Ministry. Active infections stand at 12,646.

Despite Wednesday’s jump in new infections, the number of daily cases in Italy has hovered between 200-300 for weeks now.

A few small clusters have emerged across Italian regions, but they are mostly related to people arriving from abroad.

Scientists and authorities believe Italy has been doing well in avoiding a second wave of contagions, but keep warning the Italians — who are entering the peak of the holiday season — not to lower their guard.

The next big test, according to experts, will be the schools’ reopening in September.

According to RKI, 1,045 people tested positive for coronavirus in the country in the last 24 hours, and for the first time the number exceeded 1,000 since May.

This came only two days after Marburger Bund, a national union representing doctors, warned that the country was already experiencing a second wave of the virus.

Doctors warned the second wave can hit stronger as people stopped obeying social distancing measures because of their longing for going back to normal.

A daily average of 530.9 new coronavirus infections was registered over the past week in Belgium, the country’s Public Health Institute Sciensano confirmed on Thursday. On Wednesday, 510 more people were diagnosed with COVID-19.

The number of infections has been continuously rising since the beginning of July.

There was also a slight rise in the number of fatalities during the period between July 27 and Aug. 2. On average, three people lost their lives from COVID-19 — a 30% growth compared to the previous week.

In total, 71,158 people have been infected with the novel coronavirus since the outbreak and 9,852 people lost their lives.

In the meantime, leading Belgian virus experts debate if the second wave of the pandemic has already arrived.

Dr. Steven Van Gucht, Scieansano’s head of viral diseases, earlier this week at a press conference said: “We are in the second wave of infections, and no one knows how long it will take or how intensive it will be.”

But according to Frederique Jacobs, the inter-federal government spokesperson in charge of fighting coronavirus, it is not yet the second wave, but “just a rise in infections that might lead to the second wave”.

In an interview with RTL television, she reminded that “during the peak of the coronavirus crisis, 2,000-2,500 new infections were diagnosed every day.”

British researchers also warned the government Tuesday that reopening schools in September without first implementing an effective test, trace, and isolating (TTI) system could result in a second wave of COVID-19 that could be twice as strong as the first. The government also ordered drug companies to stockpile medicines to check the risks of a no-deal Brexit.

In the best-case scenario with an effective TTI system, “an epidemic rebound might be prevented”, but in a worst-case scenario, the second wave could be 2.3 times higher than the first.

The UK reported 892 new cases on Wednesday, while 670 a day before.

More than 18.8 million cases of COVID-19 have been confirmed worldwide, with fatalities exceeding 708,000, and over 11.3 million recovered.

* Writing and contribution by Busra Nur Bilgic Cakmak in Ankara