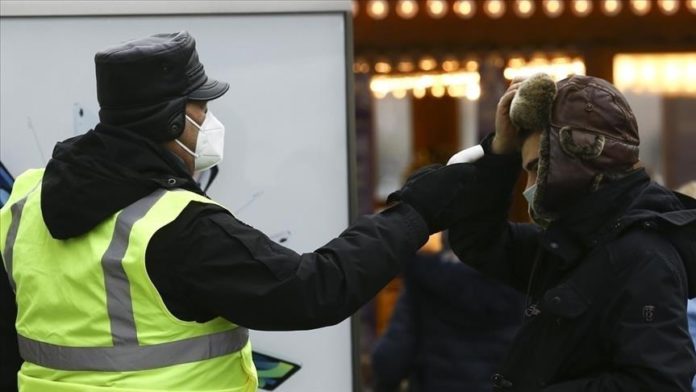 Unable to speed up vaccine rollouts, major European countries that moved hastily to lift lockdowns and other restrictions are now struggling to cope with a third wave of the COVID-19 pandemic.

With infections surging and the pace of inoculation drives slow at best, authorities in France, Italy, Spain, and Germany have been forced to backtrack and introduce new measures to stem the spread of the virus.

A new lockdown will start in France this Saturday in an effort to curb the rapid surge in infections.

President Emmanuel Macron warned in a televised address on Wednesday that the “the epidemic is accelerating” and France “will lose control if we do not move now.”

Nurseries, schools, and high schools will be closed for three to four weeks, travel will be limited to a radius of 10 kilometers (6.2 miles) for daily outings, and a daily curfew will be in effect from 7 p.m. to 6 a.m. local time.

Only businesses offering essential services, food outlets, and grocery stores will be allowed to open.

There were over 50,000 new cases reported in France on Wednesday, while the number of patients in intensive care units (ICUs) remains above 5,000.

More than 11.38 million people have received a first vaccine dose since France started its immunization drive at the end of December last year.

The country also registered 23,904 new infections, up from around 16,000 a day earlier, taking the overall count past 3.5 million.

Italy aims to vaccinate 80% of its population by the end of September, according to Francesco Paolo Figliuolo, the emergency commissioner appointed by new Premier Mario Draghi to lead the country’s pandemic response.

Figliuolo told Parliament on Tuesday that priority will be given to the “most vulnerable” and that he aims to bring about a “change of pace” in Italy’s vaccination rollout, which has been delayed by regional inefficiencies and shortfalls in vaccine deliveries.

According to the latest data, the new management is already showing positive results: the overall supply of vaccines in March alone amounted to over 7.6 million doses, out of the first quarter’s total of 14.2 million.

Last week, Italy’s prime minister said schools – up to the first year of middle school – will reopen after the Easter break, even in high-risk zones.

All of Italy’s regions will be declared “red zones” during the Easter holidays, leaving the country under partial lockdown until the end of April.

With another 8,534 infections reported on Wednesday, Spain’s infection rate moved into “high risk” territory, as defined by the country’s central government.

The country has passed a new law making masks mandatory in all outdoor public spaces, including beaches and even empty countryside areas.

However, after clamor from several regional governments and the tourism sector, Health Minister Carolina Darias said the government would consider backtracking on the measure.

In total, the country of some 40 million people has administered 8 million vaccine jabs.

Germany on Thursday reported its highest daily case count since mid-January, fueled by the spread of the virus’ more contagious and evasive mutations.

Thursday’s figures marked the highest rise since Jan. 13, when 23,461 people tested positive for the virus.

The national total now stands at more than 2.83 million cases, including 76,543 fatalities, the fifth-highest tally in Europe, behind France, the UK, Italy, and Spain.

B.1.1.7, the virus variant first detected in the UK, has become the predominant strain in Germany since last month, and currently accounts for more than 88% of all new cases.

Hospitalizations and the occupancy rate of ICUs have also spiked in the country, with 3,680 patients currently under intensive care, including 2,026 on ventilators.

Three months in, Germany’s vaccination campaign has not gained the desired momentum due to production delays and logistical problems, increasing pressure on the government.

Germany’s vaccination rate of 8.1 doses per 100 people lags far behind other developed countries.