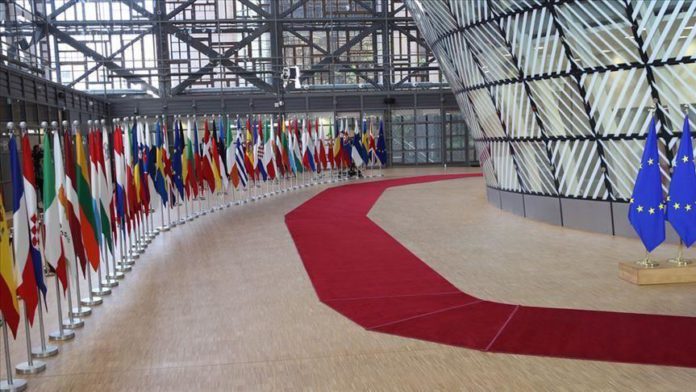 European leaders on Thursday expressed solidarity with France after three people were killed in a deadly attack in the French city of Nice.

An investigation has been initiated, and France has raised its national security alert to its highest level.

“I am deeply shaken by the cruel murders in a church in Nice. My thoughts are with the relatives of the murdered and the injured. Germany stands in solidarity with French nation in these difficult hours,” said Germany’s Chancellor Angela Merkel through her spokesperson.

UK Prime Minister Boris Johnson said he was “appalled” to hear the news of “the barbaric” attack.=

“Our thoughts are with the victims and their families, and the UK stands steadfastly with France against terror and intolerance,” he tweeted.

Spanish Premier Pedro Sanchez also condemned the attack, and said: “We will continue to defend freedom, our democratic values, peace and the safety of our citizens in the face of terror and hate. I stand in solidarity with the victims of the attack perpetrated today near the Notre-Dame church in Nice. We are united.” =

Italian Prime Minister Giuseppe Conte said the “cowardly” attack “does not affect the common front in defense of the values of freedom and peace.”

“My deepest condolences to the families of the victims of Nice,” said Alexander De Croo, the prime minister of Belgium.

Mark Rutte, the prime minister of The Netherlands, also expressed solidarity with France in the fight against extremism, and conveyed his condolences to the French people.

Pope Francis said he was praying “for the victims, for their families and for the beloved French people, that they may respond to evil with good.”=

Besides, the NATO secretary-general, and top EU officials also took to Twitter to show support.

“I condemn the horrific attack in Nice. My deepest condolences to their loved ones and the French people. Hatred has no place in our societies and NATO stands with our Ally France,” said Jens Stoltenberg.

“The whole of Europe stands in solidarity with France. We remain united and determined in the face of barbarism and fanaticism,” Ursula von der Leyen, president of EU Commission, tweeted.

While European Council President Charles Michel said the entire Europe is with France, EU foreign policy chief Josep Borrell said: “Together, in Europe and in the world, we will fight hatred and terror.”

Separately, police killed a man who reportedly threatened passersby with a handgun in Montfavet, near the southern French city of Avignon.

The attacks come amid protests and condemnations from the Muslim world over President Emmanuel Macron’s defense of blasphemous cartoons, and a crackdown on “Islamist separatism.”

On Oct. 16, Samuel Patty, a French teacher who showed cartoons of the Prophet Muhammad to his pupils, was murdered.

*Elena Teslova in Russia, Alyssa McMurty in Spain contributed to this story