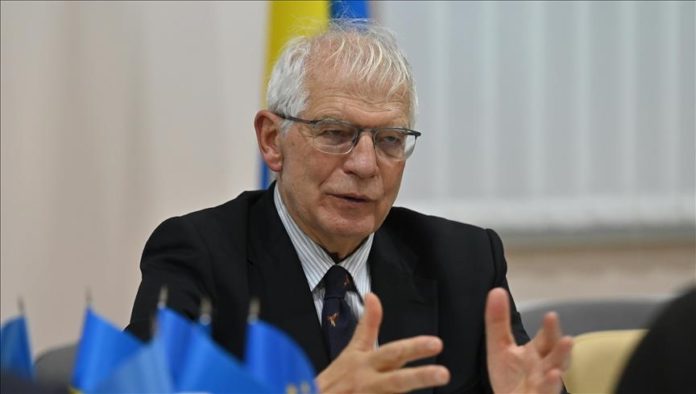 Amid tensions between Russia and Ukraine, Europe is currently facing its “most dangerous moment” since the Cold War, the EU’s top diplomat said on Monday.

Speaking at a press conference in Washington with US Secretary of State Antony Blinken, EU foreign policy chief Josep Borrell insisted that there is room for a diplomatic solution to the crisis.

“We share a strong concern about the risks that are accumulating in the Ukrainian Russian border. And certainly we are living, to my understanding, the most dangerous moment for the security in Europe after the end of the Cold War,” said the top diplomat.

He said diplomacy is the way to address the concerns of everybody, including Russia’s, in order to avoid the worst. “Be prepared for the worst and try to avoid it,” he added.

Russia has amassed some 100,000 troops near Ukraine’s borders, prompting fears it could be planning another military offensive against the former Soviet republic.

The US and its allies have warned of an imminent attack, and threatened Russia with “severe consequences.” Moscow, however, has denied it is preparing to invade Ukraine and said its troops are there for exercises.

“140,000 troops amassed in the border is not going to have tea. So we have to increase our efforts in order to avoid a big risk,” added Borrell.

Blinken, for his part, reiterated the US willingness to continue conversation with Russia on mutual security concerns.

“The diplomatic path is clear. (At the) same time, we and our allies are resolved that there will be real and profound consequences should Russia choose to continue aggression,” he added.

The US and allies have repeatedly urged Russian President Vladimir Putin to stand down and avoid any aggression against the former Soviet republic.

“What happens next will depend on whether President Putin will choose to engage in a meaningful path forward on diplomacy for enhanced collective security or if he will choose the path of further conflict with Ukraine,” said Blinken.

“Either way, the United States and our allies and partners are prepared,” he said.