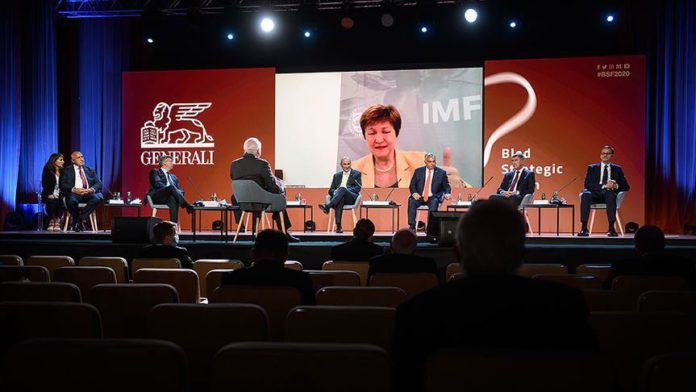 Leaders of European countries came together on Monday to discuss the future of the region in the wake of Brexit and the novel coronavirus.

Speaking at the 15th Bled Strategic Forum in Slovenia, Serbian President Aleksandar Vucic said his country wants to join the EU, but it expects more respect from Brussels.

“The EU is recognized as an institution that puts pressure on Serbia to recognize Kosovo’s independence. For this reason, 40% of the people are against membership.”

Accusing Western Europe of having double standards against his country, Vucic said: “For example, when 27 people trying to enter the national parliament are detained in Belgrade, it is dictatorship, while the arrest of more than 300 people in Berlin for the same reason is democracy.”

For his part, Croatian Prime Minister Andrej Plenkovic said while his country held the term presidency of the EU Council in the first half of 2020, the country was successful in the post, despite difficult conditions during the COVID-19 crisis.

He added that countries should balance their national measures with those taken by the EU and the rest of the world.

Hungarian Prime Minister Viktor Orban said his country enjoys a democracy at the same level as in Germany and Italy, but based on Christianity, rather than liberalism.

Orban added that Europe is no longer an important geopolitical factor because it is on the “wrong side” in technological developments.

Polish Prime Minister Mateusz Morawiecki, for his part, complained that inequality is rife in Europe, arguing that businesses in the west and east of the EU do not operate under the same conditions.

He argued that Central Europe “poses a problem” as it has progressed economically compared to other regions.

The host, Slovenian Prime Minister Janez Jansa, said European politics are hypocritical as they remained silent in the face of irregularities in the 2014 Slovenian elections.