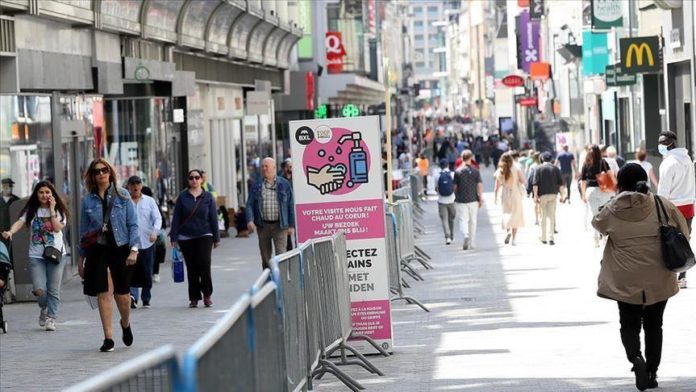 As many European countries, including the hardest-hit Italy and Spain, have been easing restrictions taken to bring COVID-19 pandemic under control, experts express concern over the risk of a second-wave.

They warn that a second wave is inevitable if people fail to comply with social distancing measures.

A spokesperson for the European Centre for Disease Prevention and Control told Anadolu Agency that it was likely to see a second wave of coronavirus infections across Europe.

“The talk about the second wave comes from the experience of previous pandemics, where we have always seen not only a second, but maybe also a consecutive wave,” the spokesperson said.

The disease will continue to be around unless a vaccine is found, said the spokesperson, and reminded the importance of maintaining complementary measures, such as testing, contact tracing, maintaining physical distance, and hand-washing.

“If all the restrictions are lifted without these complementary measures, we can see the next wave relatively soon”, the spokesperson added, noting: “The size of the wave will depend on how much people can meet and under what conditions, if they will still keep the distance, if they’ll continue adhering to the hygiene advice, if cases will still be detected early on, contacts immediately traced and isolated or quarantined.”

“This happened during pandemics in the past. It certainly happened in the pandemic of 1919 and the Spanish flu,” Ryan added.

He also warned countries in Europe, North America and South Asia to continue to put social measures to ensure they continue on a downward trajectory.

Also, Dr. Hans Kluge, the director for the WHO regional director of Europe, said in an interview with the Daily Telegraph this week that Europe should prepare for a deadlier second wave of coronavirus this winter.

“This is not a time for celebration, it’s a time for preparation,” he stressed.

Meanwhile, many European countries, including the hardest-hit Italy and Spain, have started easing measurements starting from early May after the pace of new cases and fatalities slowed down.

Italy is reopening the country’s internal and external borders next week while Spain is discussing to allow transportation to resume between regions.

France is preparing for entering its second phase of lifting lockdown restrictions.

The UK also has seen lifting of some lockdown measures, including reopening of some schools and allowing groups of six people to meet outside.

But Labour Party leader Keir Starmer accused the government of “winging it” over easing restrictions, warning of a second wave of infections.

How are infection rates changing?

The reproduction number, or simply the R value, is the key to measure the spread of the virus among people. The value simply shows how many healthy people will be infected by a sick person. If it is higher than 1, it means that the pandemic is growing. This is why the government across the world are trying to keep the R value below one.

For instance, in Germany, the reproduction rate of the coronavirus rose above 1 after lifting some of the restrictions. The number was at 0.75 before the country had begun easing measurements starting from April 20. Denmark also recorded a rise in its R value after the country reopened its economy, but the rate is still less than 1.

The Spanish flu pandemic, which first emerged in March 1918 and continued in waves until 1920, was as an example of how a second wave could be deadlier.

It is estimated that when the second wave of the pandemic came back in a deadlier form in the fall, it killed more people than the first. Overall, the pandemic caused at least 50 million deaths across the world.

Since the first cases reported in Wuhan China in December 2019, the number of novel coronavirus cases worldwide surpassed 6.66 million, according to US-based Johns Hopkins University.

The global death toll from the virus has exceeded 391,600, with the number of recoveries exceeding 2.89 million.