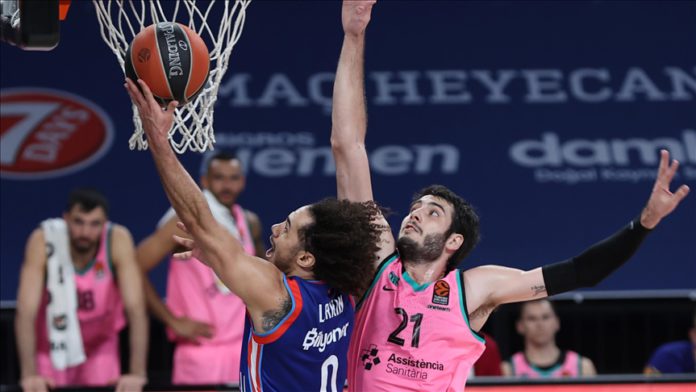 Anadolu Efes’ US-born Turkish guard Shane Larkin became the EuroLeague MVP of the Week for his outstanding performance in a Round 16 game.

“Shane Larkin had a monster game to assure Anadolu Efes Istanbul a much-needed home win, and earn his first MVP of the Week honor this season,” EuroLeague said in a statement on Thursday.

“Larkin was everywhere in Tuesday’s 86-79 victory over visiting FC Barcelona, with 23 points, 8 assists, 7 rebounds, 2 steals, and 9 drawn fouls for a performance index rating of 37, the best this week by a winning player.”

He “just loves playing against Barcelona!” EuroLeague said in a separate tweet. This is Larkin’s 10th MVP honor.

US drops record number of bombs in Afghanistan in 2019