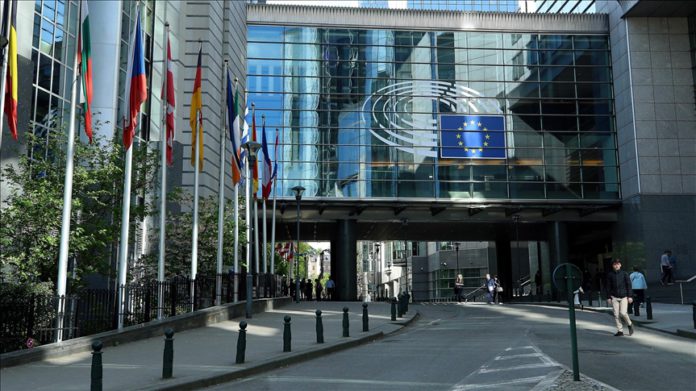 A group of 24 members of the European Parliament signed a petition launched Monday by the Geneva-based Euro-Mediterranean Human Rights Monitor, which called on the Israeli government to lift its siege of Gaza and allow in COVID-19 medical supplies.

The lawmakers include Manu Pineda, the chair of the Delegation for Relations with Palestine.

The petition calls for allowing coronavirus medical supplies “in light of the recent spike in the number of COVID-19 cases in the coastal enclave.”

The MEPs expressed their concern about the latest spike in COVID-19 cases in the Gaza Strip.

They noted that the exceptional situation in Gaza “requires immediate action to allow medicines, protective gears, masks, and ICU-units into the territory.”

Organizers said they launched the petition at a critical time as Gaza lives its 14 years of siege, following the Palestinian Legislative Elections of 2006, after which the coastal enclave was placed under Israeli and Egyptian siege, which has exhausted its healthcare system.

“The Israeli government has to end its siege of Gaza now, and WHO (World Health Organization) should make sure Palestinians, whose healthcare system is collapsing, have access to decent healthcare,” said Ramy Abdu, the Euro-Med Monitor chairman.

“Today, the numbers of COVID-19 cases, which are spreading like fire in refugee camps in Gaza, are telling of the catastrophic situation there.”

The petition calls on the international community to immediately end Gaza’s siege, allow medical supplies, and allocate vaccines for the Gaza Strip, where Abdu said: “Many face an imminent death.”

Currently, 32% of essential medicines and 62% of laboratory drugs are not available in Gaza, said the Euro-Med Monitor.

It said hospitals in Gaza are running out of capacity. Considering the current rates of the spread of the virus, the Gaza Strip will not be able to cope with thousands of COVID-19 cases a day.

Since the Palestinian resistance group Hamas took control of Gaza in June 2007, some 2 million Palestinians have been under a prolonged Israeli closure and severe economic and movement restrictions that amount to a blockade in the 365 square-kilometer (141 square-mile) area, said the report.

Moreover, the Gaza Strip has been the subject of three major rounds of military hostilities since 2008.

Arrest warrants out for FETO terror suspects in Turkey