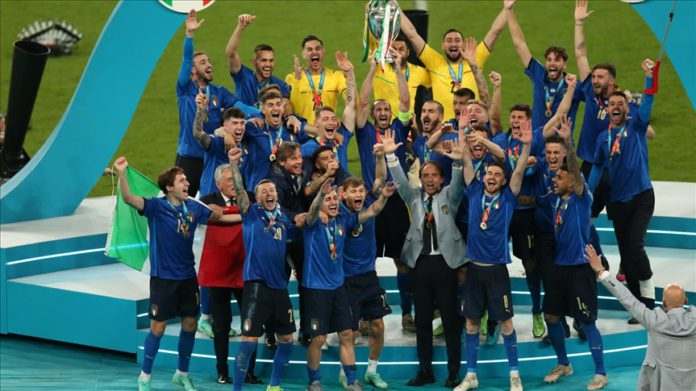 The UEFA named the EURO 2020 Team of the Tournament on Tuesday but the top scorers of this year’s European football contest, Cristiano Ronaldo and Patrik Schick, were not selected for the team.

European football’s governing body announced the best eleven of the EURO 2020 as there are five Italian players in it.

Gianluigi Donnarumma, Leonardo Bonucci, Leonardo Spinazzola, Jorginho, and Federico Chiesa were the Italian players named in the EURO 2020 Team of the Tournament.

England lost against Italy on penalties in the final at London’s iconic Wembley Stadium as three English players, Kyle Walker, Harry Maguire and Raheem Sterling, were picked for the team of the tournament.

The UEFA added that its team of Technical Observers, including several famed football figures such as Fabio Capello, Esteban Cambiasso, Cosmin Contra, Steffen Freund, Aitor Karanka, Robbie Keane, and David Moyes, were named the best 11 players for the EURO 2020 team.

Meanwhile, the EURO 2020 top scorers, Portuguese superstar Ronaldo and Czech forward Schick, were not in the team of the tournament even though they scored five goals each in the European football championship.