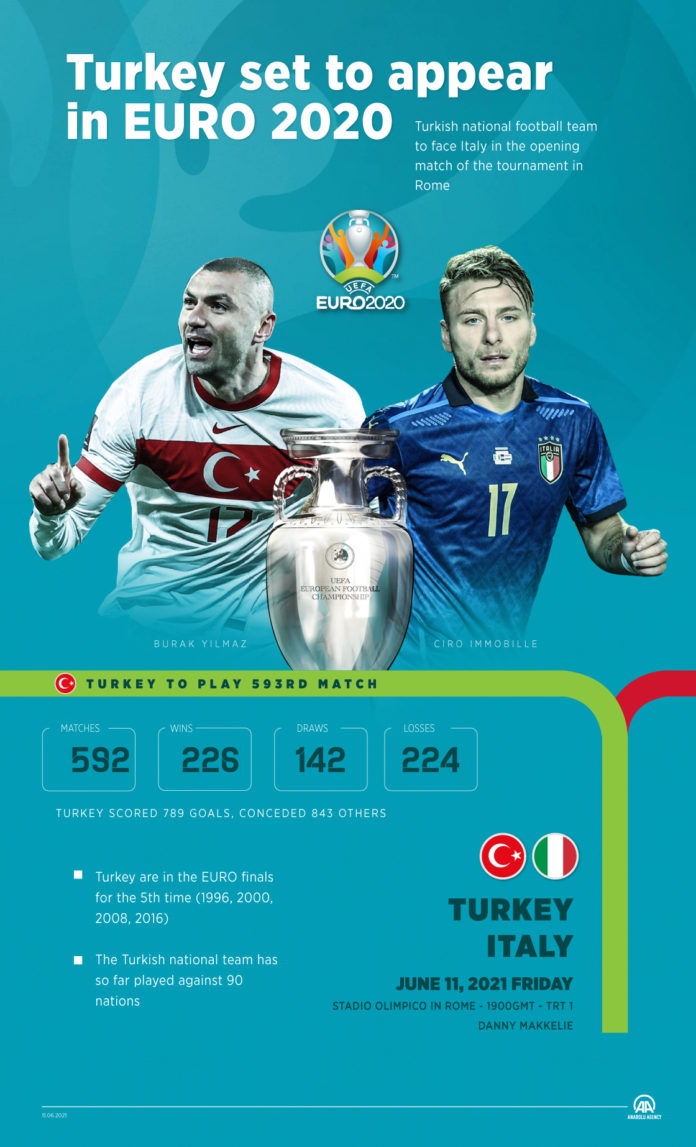 The Turkish national football team is set to face Italy in the opening match of the UEFA EURO 2020 as the European football contest will start on Friday.

Turkey do not have any injured player for this match.

However Italian central midfielder Marco Verratti is expected to miss the Turkey game for a knee injury. Verratti, 28, was injured in May as his club Paris Saint-Germain (PSG) previously said. His treatment is ongoing.

The match, which will be held at Stadio Olimpico in Rome, will kick off at 1900GMT.

The game will be officiated by Dutch referee Danny Makkelie.

Turkey will face Italy, Wales and Switzerland in the EURO 2020 Group A.

The matches against Wales on June 16 and Switzerland on June 20 will be played at Baku Olympic Stadium in Azerbaijan.

Turkey and Italy last met in EURO 2000 co-hosted by Belgium and the Netherlands.

Italy beat Turkey 2-1 in the Group B match in the Dutch city of Arnhem.

In EURO 2000, Turkey reached the quarterfinals as they were eliminated by Portugal in the last eight.

Italy became the EURO 2000 runners-up with a 2-1 loss to France in the final in Rotterdam.

Turkey will play in the EURO tournaments for the fifth time in history.

The best degree of Turkey was a semifinal in EURO 2008 held in Austria and Switzerland.

Turkey lost to Germany 3-2 at St. Jakob-Park in Basel to end the 2008 tournament in the semifinal stage.

In the previous contest, EURO 2016 in France, Turkey came third in the Group D with 3 points to be eliminated.

Portugal are the EURO 2016 champions.