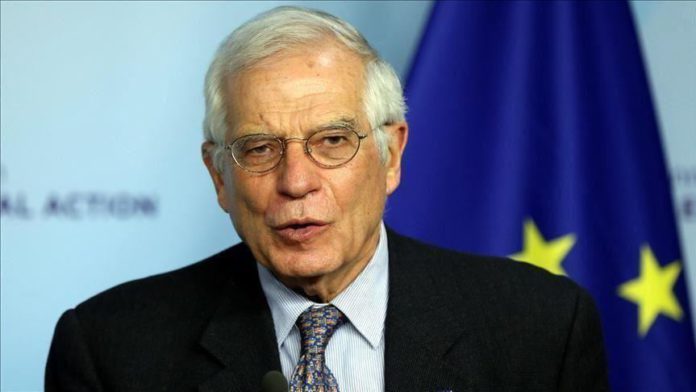 The EU should reach out to Israel and discourage the annexation of the West Bank, the bloc’s foreign policy chief said on Friday.

Josep Borrell was speaking at a news conference after the EU foreign ministers’ videoconference.

Ministers discussed the Middle East peace process, which remains a priority for the EU.

Borrell said that the bloc is looking forward to work with the new Israeli government which is supposed to enter into office next week.

At the same time, he reaffirmed the EU’s support for a negotiated two-state solution, based on 1967 lines, and warned against unilateral actions.

“We must work to discourage any possible initiative towards annexation”, the EU foreign policy chief said.

EU needs to reflect on its own capacities as a geopolitical power and reach out to Israel and all actors of the area by using all diplomatic channels to prevent annexation, Borrell added.

“Annexation is not in line with international law. If it goes ahead, the EU will act accordingly”, EU foreign policy spokesperson Peter Stano had said earlier this week.

The annexation comes as part of US President Donald Trump’s so-called Deal of the Century plan, which was announced on Jan. 28.

It refers to Jerusalem as “Israel’s undivided capital” and recognizes Israeli sovereignty over large parts of the West Bank.