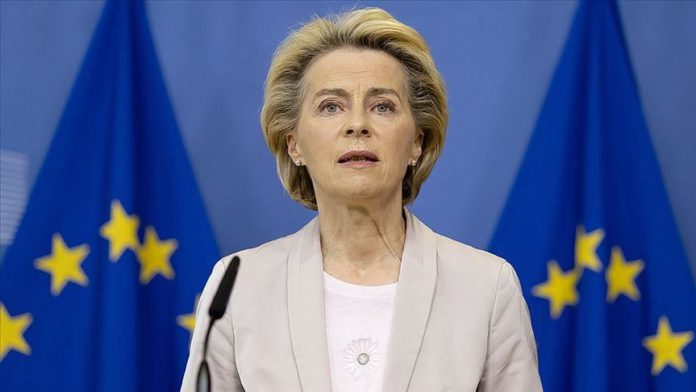 The European Union wants a “positive agenda” with Turkey, a top EU official said Thursday ahead of the European Council meeting in Brussels.

In a doorstep statement, EU Commission President Ursula Von der Leyen called for de-escalation in the Eastern Mediterranean, but also warned that EU prepared tools to respond to a possible new crisis.

“There are two possibilities, either the tensions are rising that is something which we don’t want, or there’s de-escalation and we are moving towards a constructive relationship, this is what we want,” she said.

“But either way, there is a toolbox at the disposal of the European Union, we want de- escalation, we want a positive agenda [with Turkey], together this will be discussed today,” she added.

EU leaders are meeting in Brussels on Thursday for two days of discussions on international issues, tensions in the Eastern Mediterranean and relations with Turkey.

To reduce tensions, Ankara has called for dialogue and negotiations to ensure fair sharing of the region’s resources.