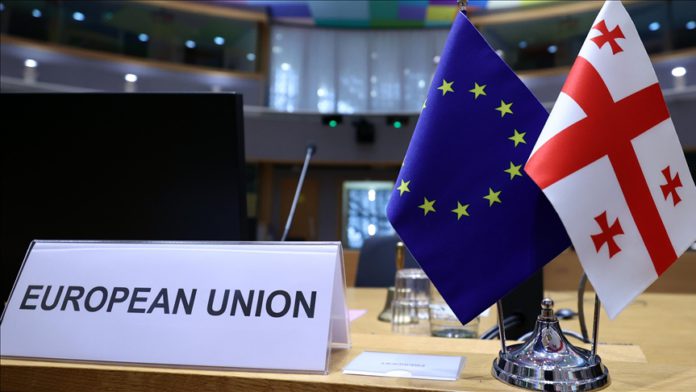 The European Union expressed its support for Georgia, with the bloc’s neighborhood and enlargement commissioner describing it as “a key partner” during a visit to the country on Wednesday.

“The European Union stands by your side,” Oliver Varhelyi said at a press conference with Georgia’s Prime Minister Irakli Garibashvili in the capital Tbilisi.

“We have been extremely proud to provide the assistance last year. We have helped to preserve over 400,000 jobs. We provided support to 78,000 families in Georgia and we have raised the number of intensive care unit beds to over 1,400,” Varhelyi added.

He noted that last Friday, the EU presented an “ambitious Economic and Investment Plan for the entire region of the Eastern Partnership countries.”

“We are dedicated to mobilize at least €17 billion [$20 billon] for the economic recovery of the region,” he said.

“Out of this, we will have €2.3 billion [$2.7 billion] of grants, and the rest would be projects and investments put together with our international financial partners, like the EIB [European Investment Bank] or the EBRD [European Bank for Reconstruction and Development].”

Varhelyi also said that the bloc was keen to “introduce to Georgia our Green Deal and our Digital plans.”

For his part, Garibashvili said 80% of Georgians support integration with the EU.

“Our foreign policy route is a Euro-Atlantic route that cannot be reversed, revised, or changed.”

Referring to the territorial integrity problems of his country in Abkhazia and South Ossetia, Garibashvili said the Russian military has been illegally in Georgia until today.

Noting that Russia did not comply with the terms of the cease-fire agreement of the South Ossetia War in 2008, he said Moscow should fulfill its responsibilities and withdraw its troops from Georgia.