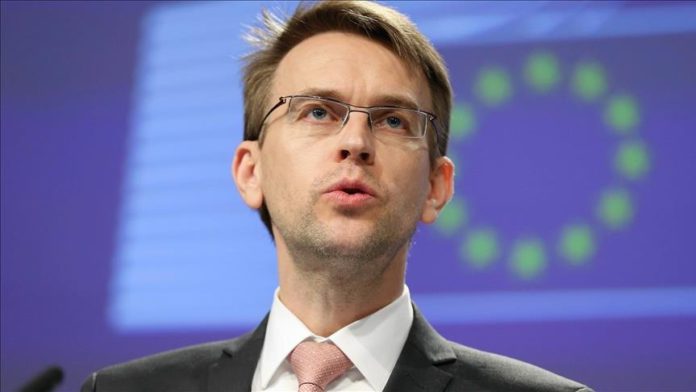 Restarted exploratory talks between Turkey and Greece, set to begin on Jan. 25, should focus on the need to solve the countries’ bilateral issues at the negotiating table, said the European Union on Tuesday.

It will be good to see announcements from the two sides translated into “concrete actions and negotiations,” European Commission spokesperson Peter Stano told a daily press briefing in Brussels, the bloc’s de facto capital.

“We were discussing already how important it is for Turkey to behave constructively towards the EU member states because the EU has on numerous occasions stressed its solidarity with Greece, with Cyprus [the Greek Cypriot administration], and stressed also the need to solve all the bilateral issues,” Stano said.

Mentioning that the bloc stands with Athens on this issue, he stressed “the need to solve all the issues which are between Greece and Turkey, behind the negotiating table.”

Turkish officials have criticized Greek efforts to turn bilateral issues into Turkish-EU issues, stressing Ankara’s willingness to sit at the negotiating table with Athens to resolve their differences through dialogue.

As announced Monday, Greece and Turkey on Jan. 25 will resume exploratory talks in Istanbul after recent tensions in the Eastern Mediterranean.

The last such exploratory talks, which started in 2002, took place in Athens in March 2016.

Afterward, bilateral talks continued in the form of political consultations but did not return to an exploratory framework.

The issue of energy rights and maritime boundaries are set to dominate the Turkish-Greek talks.

Turkey, which has the longest continental coastline in the Eastern Mediterranean, has rejected the maritime boundary claims of Greece and the Greek Cypriot administration in the region, stressing that these excessive claims violate the sovereign rights of both Turkey and the Turkish Cypriots.

Ankara last year sent several drill ships to explore for energy in the Eastern Mediterranean, asserting its own rights in the region, as well as those of the Turkish Republic of Northern Cyprus.

Turkish leaders have repeatedly stressed that Ankara is in favor of resolving all outstanding problems in the region through international law, good neighborly relations, dialogue, and negotiations.