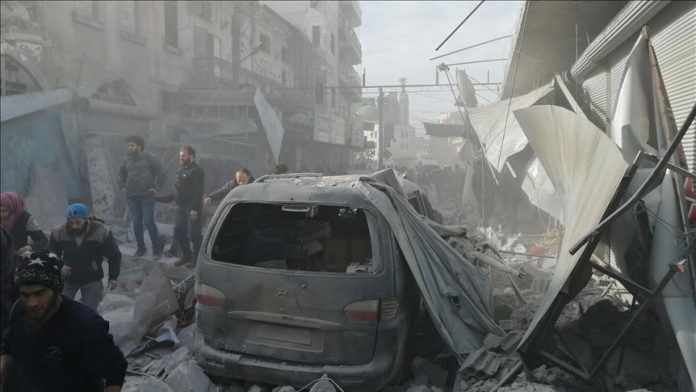 The EU in a statement on Thursday called the Syrian regime and its allies to stop a new offensive hurting civilians near Idlib in northwestern Syria, the second time in a month.

“The renewal of the offensive in Idlib, including repeated airstrikes and shelling targeting civilians are unacceptable and must cease”, the European External Action’s Service spokesperson Peter Stano said in the statement.

Airstrikes by the Syrian regime and its backers have killed at least 35 people in the last few days in north west Syria. More than 350,000 civilians have been displaced.