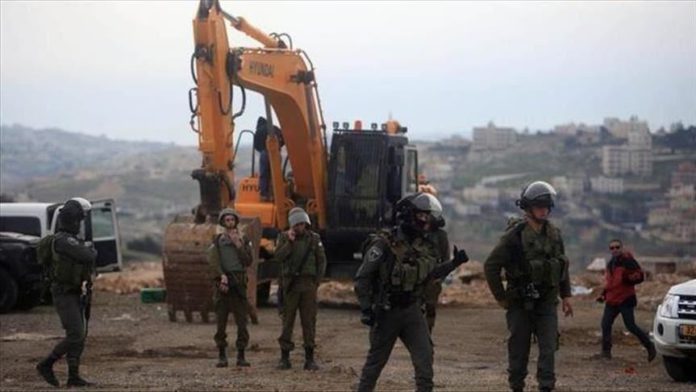 The European Union on Thursday called on Israel to stop demolishing Palestinian structures, including the ones funded by the 27-member bloc.

“The EU reiterates its call on Israel to halt all such demolitions, including of EU-funded structures, in particular in light of the humanitarian impact of the current coronavirus pandemic,” spokesman Peter Stano said in a statement.

He said that “such developments constitute an impediment towards the two-state solution.”

The press release noted that 52 Palestinian schools are also under threat of demolition, including one in the central West Bank co-funded by the EU and several member states.

“The EU calls for the protection of children, including ensuring their right to education in a safe and secure school environment,” it said.

“Education is a basic human right that should be protected and maintained.”

As many as 689 structures have been demolished across the West Bank and East Jerusalem so far this year, leaving 869 Palestinians homeless, according to the UN Office for Coordination of Humanitarian Affairs.