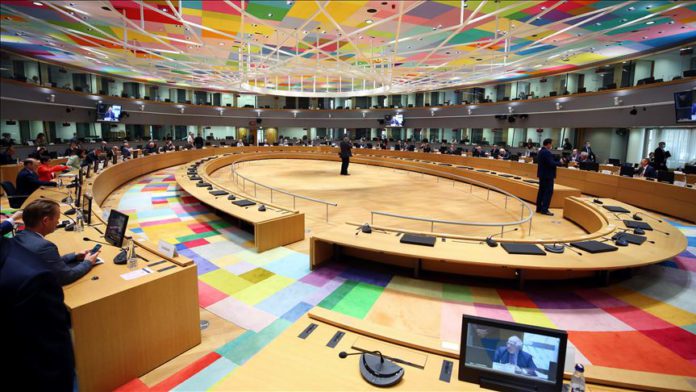 Dialogue and negotiation are key in addressing issues of delimitation of maritime boundaries and exploitation of resources, EU foreign ministers said Friday.

Officials talked about the situation in the Eastern Mediterranean after a recent deterioration of the security situation.

“Three words reflect the outcome of the discussion: solidarity, de-escalation, and dialogue,” a statement said following the video conference meeting.

It reaffirmed the bloc’s solidarity with Greece and the Greek Cypriot administration, and underlined “the serious deterioration in the relationship with Turkey is having far-reaching strategic consequences for the entire EU, well beyond the Eastern Mediterranean.”

Also stressing the importance of relations with Turkey, the ministers said, “issues related to delimitation of maritime boundaries and exploitation of resources therein can only be addressed through dialogue and negotiation, in good faith, in accordance with international law and in pursuit of the principle of good neighbourly relations, and not through unilateral actions and the mobilisation of naval forces.”

Recalling the outcome of the Foreign Affairs Council on July 13, the ministers reiterated strong support for efforts to re-establish dialogue and facilitate re-engagement with Turkey.

“At the same time, the High Representative/Vice-President [Josep Borrell] is to prepare options on further appropriate measures in case tensions do not abate,” it said.

It noted that a broader discussion about ties with Turkey will be held in August, at the informal Foreign Affairs Council (Gymnich).

The ship will continue a two-week mission until Aug. 23 along with the Cengiz Han and Ataman.

Turkish President Recep Tayyip Erdogan said the only solution to the dispute was through dialogue and negotiation and urged Athens to respect Turkey’s rights.