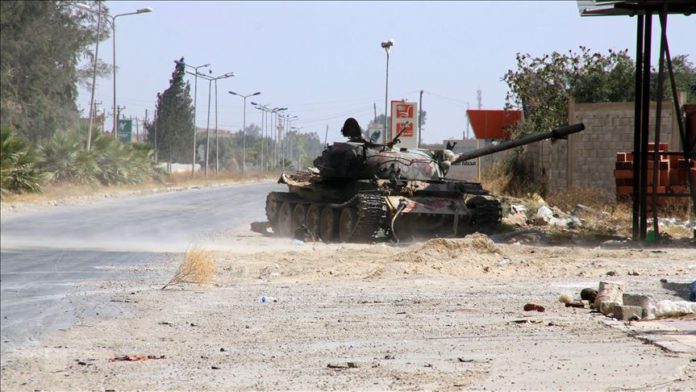 The European Union called on all parties involved in the Libyan conflict to end military operations and engage in peace talks in a joint statement signed Tuesday by EU foreign policy chief Josep Borrell and the foreign ministers of France, Germany and Italy.

The document addresses international actors as well, urging the “withdrawal of all foreign forces, mercenaries and military equipment supplied.”

A political initiative was agreed on Saturday between Egypt’s President Abdel-Fattah al-Sisi, the speaker of the east Libya-based parliament Aquila Saleh and warlord Khalifa Haftar.

The Cairo Declaration calls for a ceasefire in Libya as of Monday and proposes a new assembly to form the House of Representatives and Presidential Council.

Neither the members of Libya’s internationally recognized government nor their international allies were present at the conference in Cairo.

However, the EU statement describes the Cairo Declaration as “constructive commitments to halt the fighting, resume dialogue and reach a ceasefire within” the Berlin process.

Last year, several high-level meetings were held in the German capital to put an end to the Libyan conflict, with the participation of France, Italy, Germany and the United Kingdom.

The negotiations are known as the Berlin peace process.

According to the EU, this UN-backed negotiation procedure is the only acceptable way forward because it is based on peaceful and multilateral talks.

The government and the western parts of the country have been under attack by Haftar’s forces since April 2019.

In March, the Libyan government launched Operation Peace Storm to counter attacks on the capital and recently regained strategic locations, including Al-Watiya airbase and the strategic city of Tarhuna.