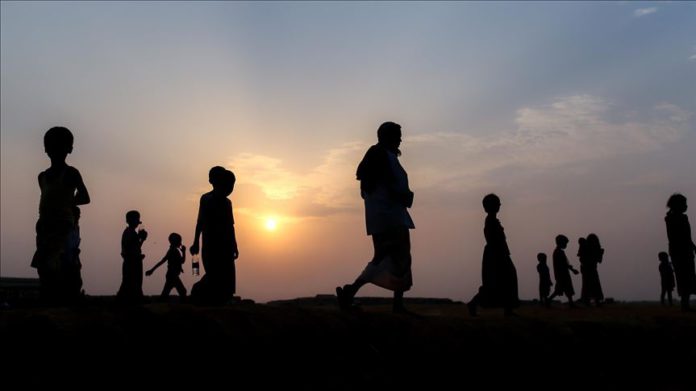 The EU on Friday urged all armed forces in Myanmar to implement an unconditional cease-fire and return to the peace process.

“Several hundreds of Rohingya people, including women and children, have been drifting for weeks at sea in appalling conditions, being pushed away from the shores in the Bay of Bengal and the Andaman Sea,” EU High Representative Josep Borrell said in a written statement.

He said the bloc urges governments in the region to carry out a search and rescue operation for stranded Rohingya.

“Bangladesh granted safe landing and assistance to 400 Rohingya on one of the boats on 16 April 2020, showing continued generosity and humanity,” Borrell said, adding that it expects other countries to follow suit.

Bangladesh coast guard units rescued a boat carrying 390 Rohingya who were reportedly turned back from Malaysia nearly two months ago. As many as 100 perished at sea.

In the face of deadly clashes in Myanmar and the uncertainty of peaceful repatriation, the Rohingya are leaving crammed camps in Bangladesh to flee to countries like Malaysia through risky sea routes.

“The EU urges all armed forces in Myanmar to urgently implement an unconditional ceasefire and recommit to an all-inclusive peace process,” he said. “This would help addressing the root causes of the plight of the Rohingya.”

It added that the bloc is ready to provide further support for Rohingya refugees in the region.